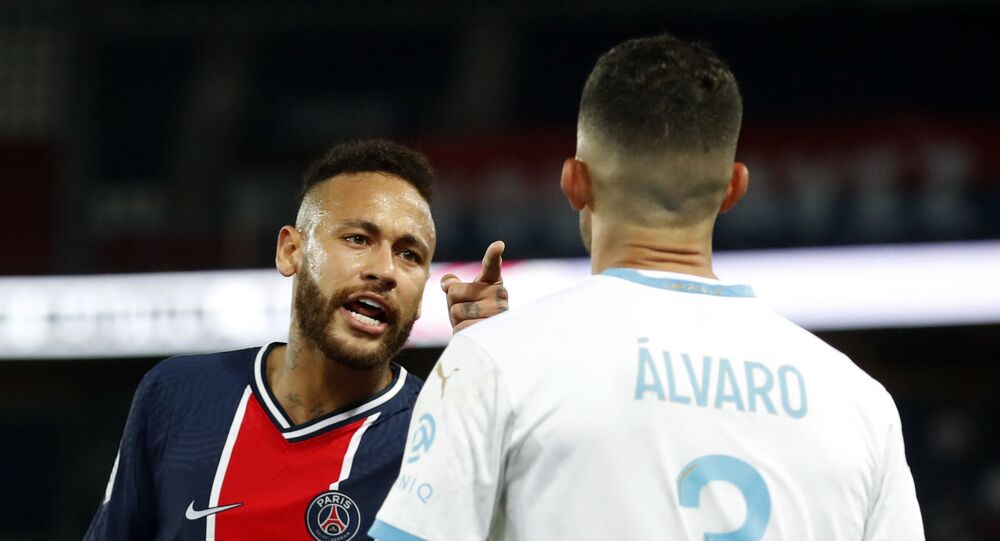 On Sunday, Paris Saint-Germain suffered a home defeat to Olympique Marseille 1-0, with striker Florian Thauvin scoring the only goal in the match in the 31st minute.

On Monday, French football club PSG expressed strong support for its Brazilian star Neymar, who "reported being subjected to racist abuse by an opposing player".

"The club restates that there is no place for racism in society, in football or in our lives, and calls on everyone to speak out against all forms of racism throughout the world", PSG said in a statement.

The club added that it "looks forward to the LFP's [French League 1] Disciplinary Commission to investigate and ascertain the facts" on the matter.

Neymar got a red card for slapping Marseille's defender Alvaro Gonzalez on the back of the head at the end of the match when a brawl erupted between PSG and Marseille players, with two more PSG players, defender Layvin Kurzawa and midfielder Leandro Paredes, as well as Marseille's striker Dario Benedetto and defender Jordan Amavi, also getting sent off.

Later, the Brazilian player claimed that Gonzalez called him "monkey" and expressed regret for not punching the player in the face.