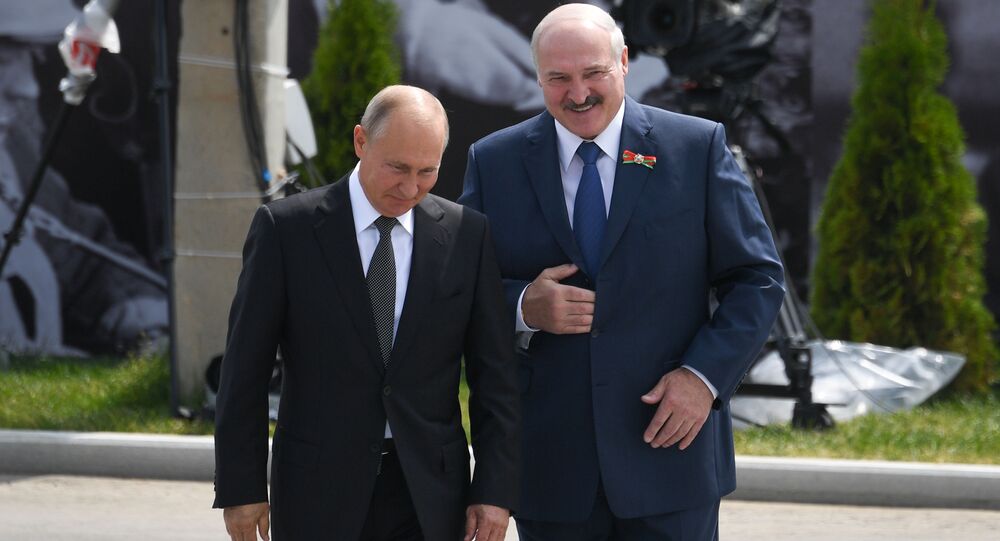 "The talks have started", Peskov said.

The negotiations are being held in the Russian leader's residency. Putin and Lukashenko are set to discuss strategic partnership, integration, and cooperation on trade and the economy. They will likely discuss the progress of integration within the Union State of Russia and Belarus and large energy and trade partnership projects. No documents are expected to be signed at the talks, and no press conference is planned.

© Sputnik / Evgeny Biyatov
Russia to Send Airborne Forces to Military Drills in Belarus From 14-25 September
This is Lukashenko's first foreign visit since the eruption of opposition protests in Belarus following the 9 August presidential election.

Speaking of his visit's objectives last week, Lukashenko said he hoped to "dot the i's and cross the t's" on the "sensitive" aspects of the bilateral relationship.

The Belarusian authorities have been in touch with their counterparts in Russia since the onset of the protests. The two presidents spoke on the phone several times. In one of these conversations, Lukashenko asked Putin to put together a reserve of law enforcement officers to be deployed in Belarus, if necessary, which Putin said he had agreed to do, as per Russia's commitments under the Collective Security Treaty Organisation and the Union State Treaty, but only in the case if the situation exacerbates into uncontrollable unrest.