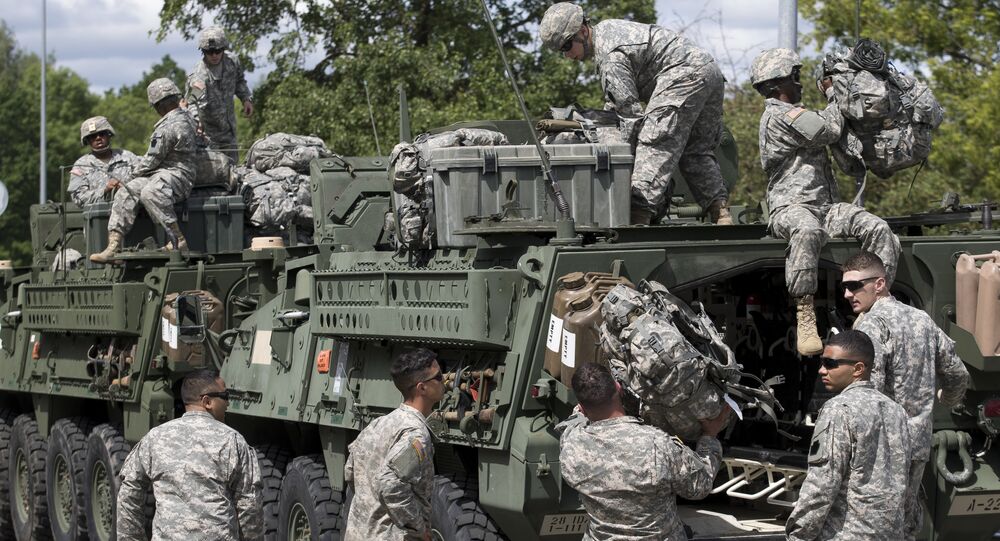 MINSK (Sputnik) - A US tank battalion is being transferred to a Lithuanian military training ground located just 15 kilometres (9.3 miles) from the border with Belarus, Viktor Khrenin, the Belarusian minister of defence, said on Saturday.

"The movement of NATO troops is taking place in territory adjacent to us, within the framework of the Enhanced Forward Presence and Atlantic Resolve operations. In particular, the 2nd Battalion of the 69th Armor Regiment is being deployed to the Pabrade training ground [in Lithuania], 15 kilometres from our border", Khrenin said during an appearance on the Belarusian broadcaster CTV.

The minister of defence said that a similar deployment had taken place in the spring, but added that the number of troops and machines involved had raised concerns in Minsk.

"The fact that about 500 people, 29 tanks, and 43 Bradley Fighting Vehicles will be in such close proximity to our border cannot do anything but worry us", Khrenin added.

The United States has also increased the number of reconnaissance flights its military has conducted along the Belarusian border, the minister of defence added.

In July, the US State Department approved a potential $380 million sale of six Black Hawk helicopters and designated equipment to Lithuania.