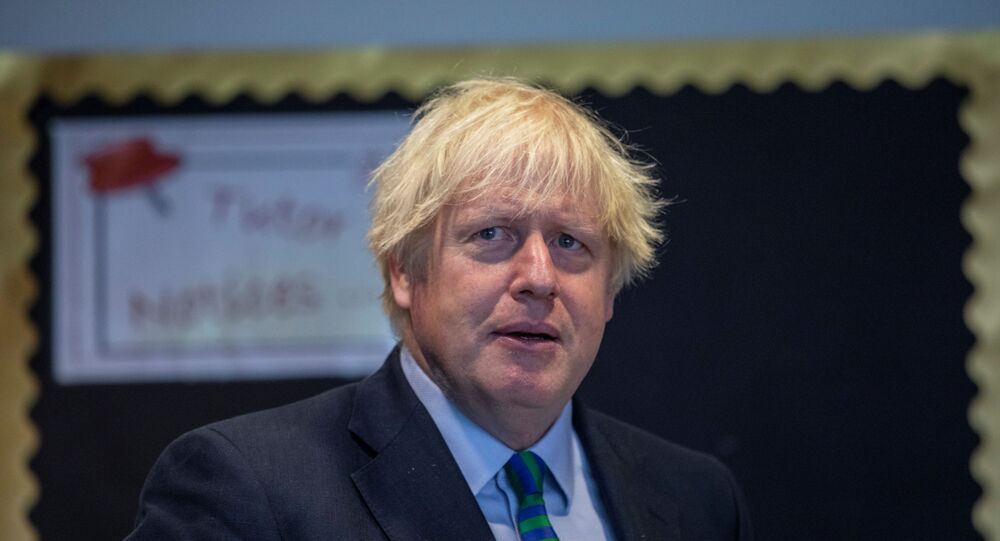 Downing Street earlier introduced the Internal Market Bill, targeting a specific part of the original EU-UK Withdrawal Agreement that Prime Minister Boris Johnson seeks to amend, while forced to contend with growing opposition to the plans on the part of rebellious Tory MPs, who slam the move as constituting a breach of international law.

UK Prime Minister Boris Johnson has defended his controversial legislation – the Internal Market Bill – aimed at overriding parts of the original Brexit deal signed with the European Union when the United Kingdom exited the bloc.

Boris Johnson has appealed for Tory unity amid some MPs gearing up to rebel against his plans, and addressed EU warnings that the UK could face legal action if it does not ditch controversial elements of the Internal Market Bill by the end of the month, writing in The Telegraph:

The prime minister proceeded to lambaste Brussels for being willing to use a treaty, “negotiated in good faith”, to “threaten to destroy the economic and territorial integrity of the UK”.

Brussels has been outraged by the proposed rewriting of the original Withdrawal Agreement, denouncing it as a serious breach of trust and threatening to take legal action if Boris Johnson does not alter the controversial legislation by the end of the month.

The prime minister added that the original Withdrawal Agreement had been hastily put together while “negotiating with one hand tied behind our back”, in a scramble to reach a deal before the fast-approaching deadline to exit the European Union, after Parliament had blocked a no-deal Brexit.

Johnson claimed his team of negotiators, who were engaged in hammering out a trade relationship with the EU post-Brexit, “…in the last few weeks” had discovered there “may be a serious misunderstanding about the terms” of the Withdrawal Agreement signed in October 2019.

“If we fail to pass this bill, or if we weaken its protections, then we will in fact reduce the chances of getting that Canada-style deal. Let’s remove this danger to the very fabric of the United Kingdom. Let’s make the EU take their threats off the table. And let’s get this bill through, back up our negotiators, and protect our country”.

On Friday, during a virtual meeting with around 250 Conservative backbenchers, the embattled prime minister urged MPs not to break ranks and cautioned them against a return to the “miserable, squabbling days of last autumn”.

Johnson called for "overwhelming support" for the bill, describing it as "absolutely vital" to "prevent a foreign or international body from having the power to break up our country".

Ending on a promising note, the prime minister suggested there was still a "very good chance" of the UK and EU negotiating a deal by mid-October similar to the one between the EU and Canada, which scrapped most, but not all, tariffs on goods.

The Zoom conference came amid reports that some senior Tories, angry with the government’s plans to rewrite the original Brexit deal, which they perceive as a breach of international law, were mobilising to undermine the controversial legislation.

Tory MP Bob Neill, chairman of the Justice Select Committee, tabled an amendment to introduce a “parliamentary lock” that would bar the government from going through with plans to override the deal.

The move is suggested as setting the scene for a potential showdown next week during the bill’s second reading in the House of Commons.