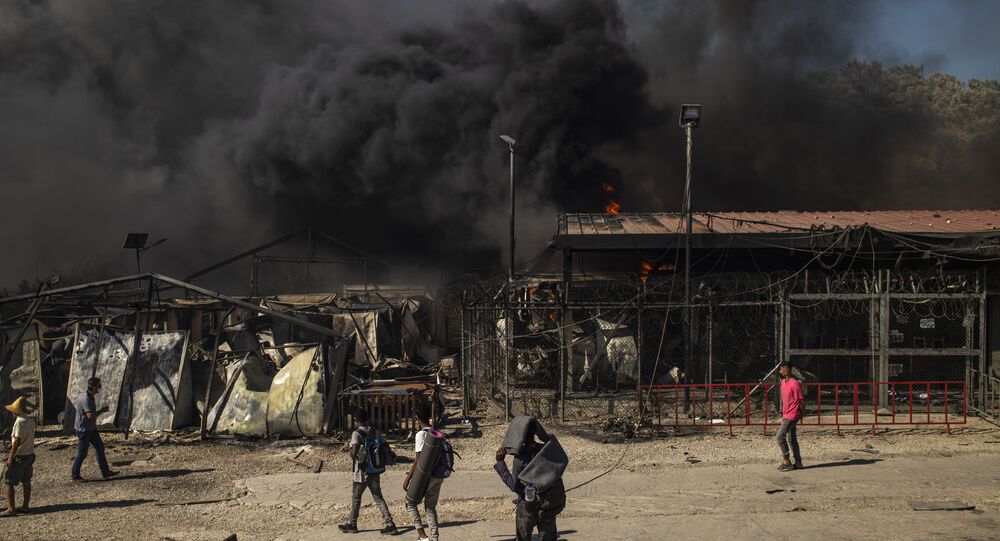 Moria Refugee Camp One Day After it Caught on Fire - Video

The previous day, Greek Migration Minister Notis Mitarachi said that the fire at the Moria refugee camp on Lesbos, which accommodated over 12,000 people, had been started by asylum seekers

Live from the Greek island of Lesbos this Thursday, one day after the Moria refugee camp, which had been housing almost 13,000 people, around four times its official capacity, was engulfed in flames.

The fire broke out in several parts of the overcrowded facility on Wednesday, forcing the evacuation of the migrants living there.

The migrants were forced to leave the camp and sleep on roadsides, parking lots and fields across the island, while the police tried to prevent them from reaching Lesbos’s main town of Mytilene.