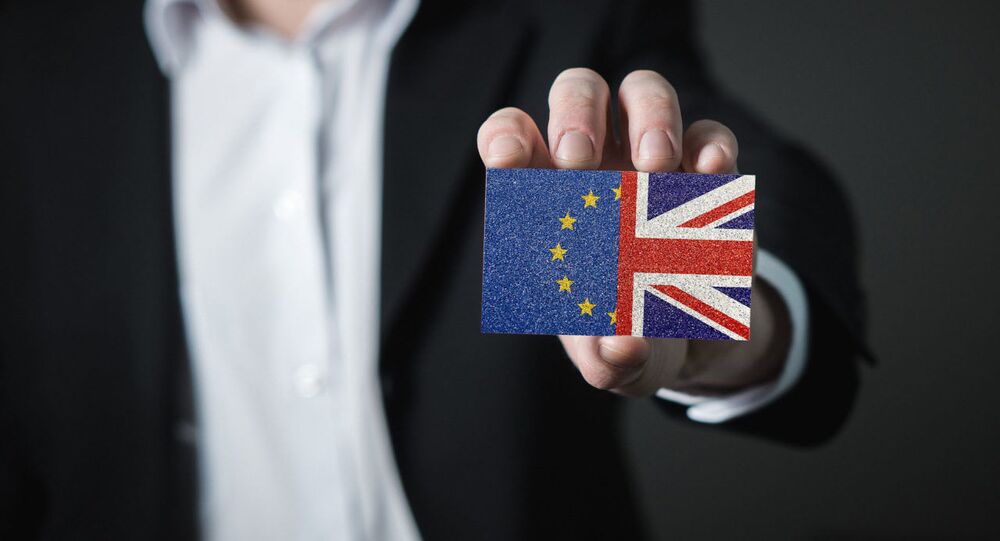 The European Union is reportedly considering taking legal action against the UK after the announced plans of Prime Minister Boris Johnson to override parts of the Withdrawal Agreement, The Telegraph reports.

The UK government is seeking to rewrite sections of the Northern Ireland Protocol, part of the legally-binding Withdrawal Agreement signed with the EU and designed to prevent a hard border on the island of Ireland, at the cost of creating a customs border in the Irish Sea.

Brussels is said to be under the impression that it may mount a successful challenge before the UK Government passes legislation that will revisit some areas of the deal reached with the bloc last year relating to Northern Ireland.

Brussels is said to have drafted a document circulated to member states that warns the UK Internal Market Bill represents a “clear breach” of the original 2019 agreement, and might “open the way to legal remedies”, according to Bloomberg.

After the end of the current transition period on 31 December 2020, which went into force after the UK exited the bloc on 31 January, the EU could also trigger the dispute settlement mechanism envisioned in the deal.

This might ultimately lay open the UK to financial sanctions.

After Boris Johnson’s government published legislation on Wednesday allowing it to re-write parts of the Brexit divorce deal penned with the European Union in 2019, the move triggered consternation in Brussels. The EU called for emergency talks on Thursday in London, seeking to salvage the negotiations aimed at securing a key trade agreement between the two sides.

Eric Mamer, chief spokesman of the EU Commission, tweeted that Brussels was seeking “clarifications” from London.

Michel Barnier, the EU’s chief negotiator, arrived in London earlier for a crunch round of talks on the bloc’s relations with the UK post-Brexit.

As the outlet cites sources indicating Barnier plans to confront his counterpart Lord Frost over the current turn of events, an EU diplomat was quoted as saying:

“A quick reading of the relevant articles of the Internal Market Bill suggest the UK Government is launching a frontal assault on the Protocol and its obligations. Notwithstanding the consequences for the negotiations, this must be the absolute nadir of four years of negotiations by a country known as the cradle of democracy.”

British officials are expected to allay the concerns of EU officials, underscoring their adherence to commitments and explicit promises made in the joint committee, writes The Telegraph.

After the announcement, Boris Johnson faced further criticism on the home front from John Major, the second former prime minister after Theresa May to warn against undermining trust in the UK by revisiting the original withdrawal agreement.

Washington chimed in with its own dire warnings, as senior Democrats suggested the US-UK trade deal might be jeopardised by the United Kingdom’s failure to uphold the terms of the withdrawal agreement.

House of Representatives Speaker Nancy Pelosi was quoted by the Irish Times as saying:

“If the UK violates that international treaty and Brexit undermines the Good Friday accord, there will be absolutely no chance of a US-UK trade agreement passing the Congress."

The Good Friday Agreement is the bedrock of peace in Northern Ireland. If the U.K. violates its international agreements & Brexit undermines the Good Friday accord, there will be absolutely no chance of a U.S.-U.K. trade agreement passing the Congress. https://t.co/n7E4GHTJcI

Downing Street sought to fend off criticism over the announced changes to the EU-UK Withdrawal Agreement on 9 September, saying the accord had been signed "at pace", under the assumption that its “grey areas” could be clarified later.

The Prime Minister’s spokesman insisted that protecting the Northern Ireland peace process was “exactly” why the UK was making the changes.

“We are absolutely committed to no hard border between Northern Ireland and the Republic of Ireland,” he added.