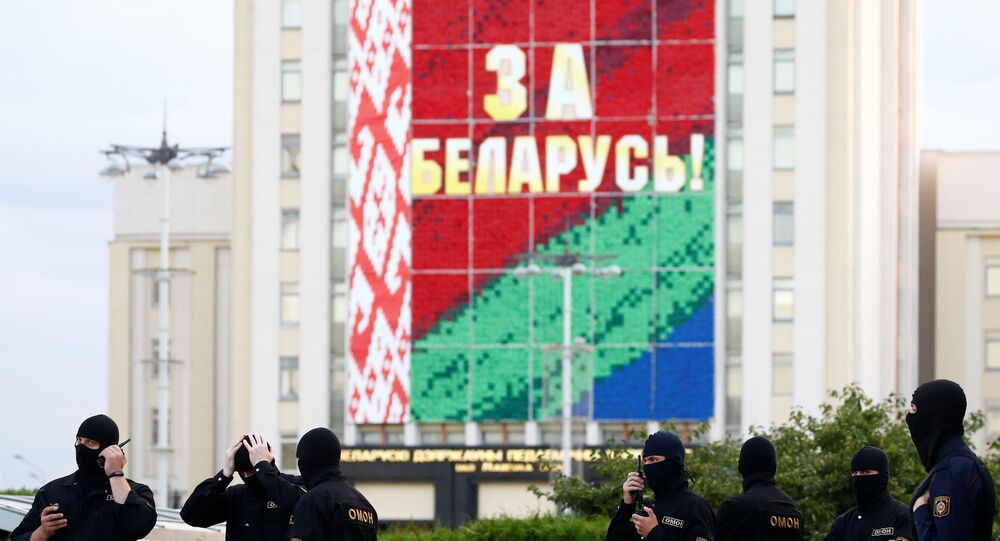 "Authorities in Belarus must immediately stop detaining and fining journalists who are covering peaceful protests across the country, and must release all journalists in custody. It is essential that the press is able to cover these historic events in Belarus without fear of retribution," CPJ Program Director Carlos Martinez de la Serna said, as quoted in a Tuesday press release.

According to the non-profit, Belarusian authorities have detained at least two reporters, raided a journalist’s home, and fined two freelance media workers since Monday.

Belarus has been mired in protests since the 9 August election, which was won by President Alexander Lukashenko.