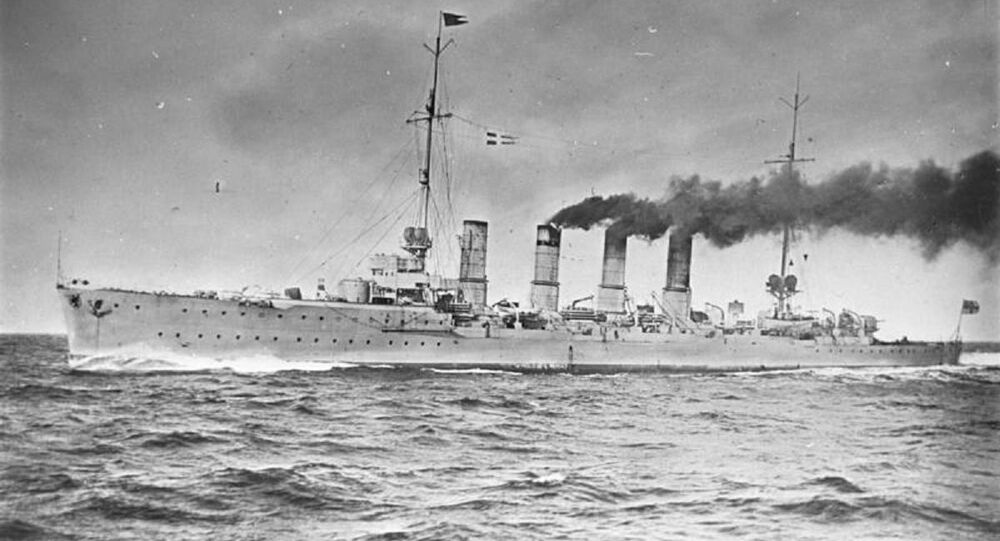 The 174-metre Karlsruhe was part of the Nazi German force that invaded Norway in April 1940, but was hit by a British submarine torpedo shortly into its return voyage from the Norwegian port of Kristiansand.

The wreckage of the Karlsruhe, the last major remaining Nazi German warship that took part in the 1940 invasion of Norway, has been found 80 years after it sunk 13 nautical miles from the coast of Kristiansand.

The cruiser Karlsruhe was detected barely 15 metres from a sub-sea power cable that has been operating since 1977. Norwegian power grid operator Statnett said that its cable, which connects Norway with Denmark, would have been laid further away from the wreckage if its location had been known at the time of construction.

The warship was built in the 1920s and was later fitted with a Nazi swastika that was captured in sub-sea images that helped correctly identify it. The ship was identified through images and sonar scans of its hull and details, such as the position of its turrets.

#Wreck of the #German #cruiser KMS #KARLSRUHE sunk during WW2 has been found off Norway - discovered because it was very near a subsea power cable operating since 1977. She was sunk in April 1940 returning from the invasion of Norway https://t.co/pr7KIpS5lG pic.twitter.com/zEG6w2Ul2Y

​On 9 April 1940, Nazi Germany launched its invasion of Norway, forcing the government and the king to flee to Britain, where they stayed in exile until Germany's capitulation in 1945. The 174-metre Karlsruhe was part the invasion force, but was struck by a British submarine torpedo shortly after embarking on its return voyage from the southern Norwegian port of Kristiansand. The ship's crew subsequently evacuated and the vessel was finally sunk by the Germans themselves, resting upright on the seabed at a depth of 490 metres, about 24 kilometres off the coast.

“The Karlsruhe stands firmly 490 meters below sea level with cannons pointing menacingly into the sea. With the main battery of nine cannons in three triple turrets, this was the largest and most fearsome ship in the attack group against Kristiansand,” Frode Kvalø, archaeologist and researcher at the Norwegian Maritime Museum said in a statement.

The Karlsruhe is therefore the longest shipwreck ever found in Norwegian waters. The German battle cruiser Scharnhorst was significantly larger, but it was found outside the Norwegian territorial border in the Barents Sea.

May-Brith Ohman Nielsen, a professor of history at the University of Agder, argued that the wreck can shed new light upon the outbreak of war.

“We can learn something about interpreting sources by looking at the relationship between the information we have had for a long time about where the ship went down – and where it has actually been found,” Nielsen told national broadcaster NRK.

At present, there are no plans to salvage the wreck, as it is too large and rests too deeply.