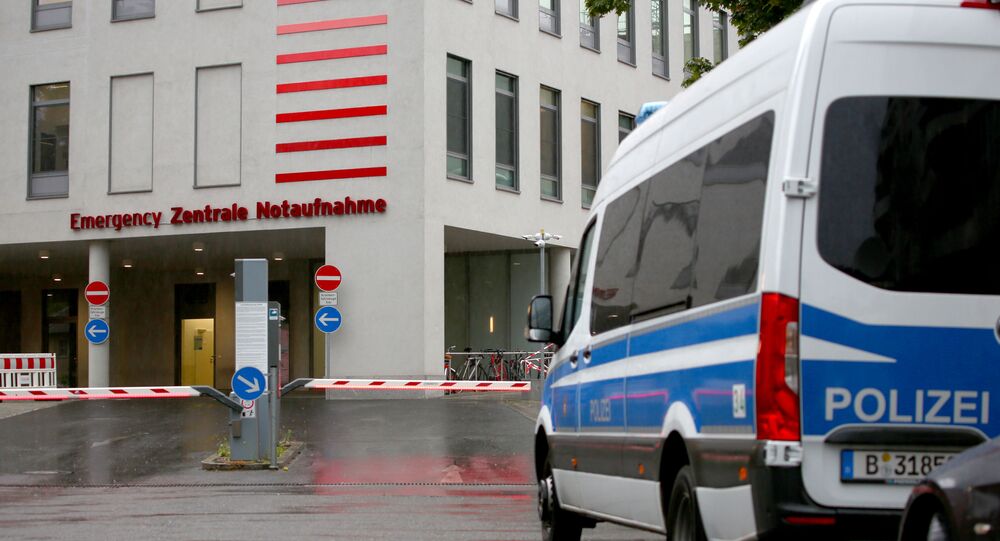 MOSCOW (Sputnik) - The fact that Russian opposition figure Alexei Navalny was put out of coma indicates that it was not Novichok nerve agent used against him in the event of his poisoning, Russian scientist Leonid Rink, who was directly involved in the development of Novichok, said.

"I rule out his poisoning, because there are no symptoms. But even if a concentration 400 times less than the lethal dose was used, he would come out of a coma, but miosis [constriction of the pupil] would still be observed. There were no such symptoms here", Rink said.

According to the scientist, Novichok was developed in order to replace nuclear weapons on the battlefield and has a 100 percent lethality.

"So this isn't Novichok", Rink noted.

Navalny fell ill during a domestic Russian flight on 20 August. He was initially treated in the Siberian city of Omsk, where the plane made an emergency landing. Two days later, once the doctors established he was fit for cross-border aerial transportation, the 44-year-old was flown to the Charite hospital for further treatment.

Last week, the German government said that doctors found traces of a nerve agent from the Novichok group in his system. Moscow responded by pointing out to the lack of evidence in Berlin's claims and noting that Russian doctors had found no toxic substances in Navalny. Within the context, Moscow sent requests for legal assistance and more information on Navalny's case. In response, German Foreign Minister Heiko Maas said that Berlin could share the information about Navalny, but it was a multistage process.