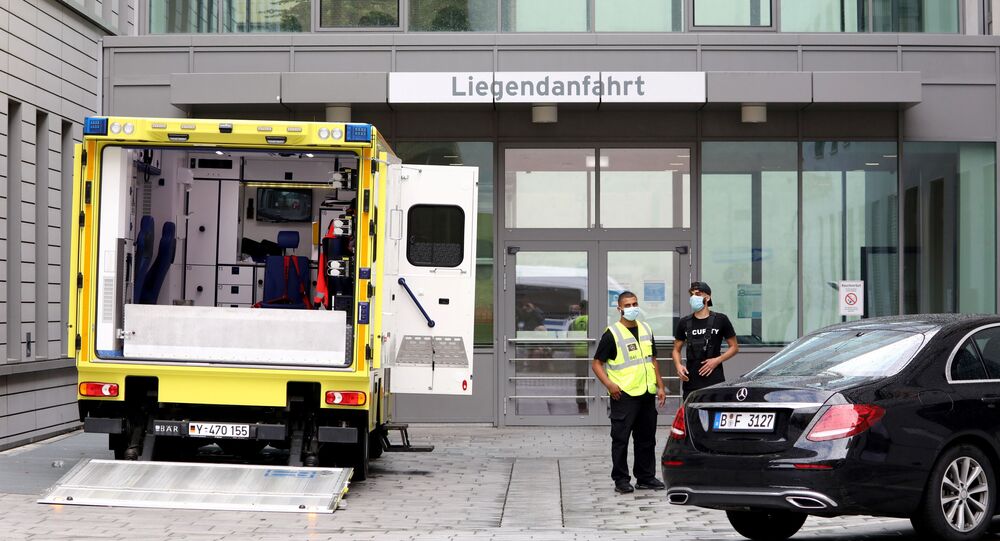 Germany Says Info on Navalny's Case May Be Transferred to Russia, but Process Might Be Long

Germany can transfer information on the case of Russian opposition figure Alexei Navalny to Russia, but it's a long process, as new data continues to appear, German Foreign Minister Heiko Maas said, answering Moscow's request on legal aid on Navalny.

"We agreed on this request for legal assistance sent by Russia. This means that the information that is being requested can be issued by our side, but this is a process since new data is constantly being received — Navalny is being further treated, it is being checked how much poison remains in his body or it is already being excreted", Maas said.

The minister added that the process of considering a request for legal assistance was being carried out by various departments.

"It is still necessary to clarify this [request] with the medical workers at Charite, with those who examined the samples. In the research results, there is personal data, the permission [to transfer] of which must be granted by those to whom they belong. Therefore, there are numerous levels, but regarding what concerns us, we have given all the agreements on what is necessary in order to implement this process", Maas added.

The minister's statement comes after Russian Foreign Ministry spokeswoman Maria Zakharova stated that Moscow is open for dialogue with Berlin regarding the situation around Navalny. The spokeswoman also recalled that on 27 August, Moscow sent a request from the Russian Prosecutor General's Office to exchange information about the situation with Navalny and was waiting for a response from Berlin.

Earlier this week, Heiko Maas said that Berlin expects Moscow to act regarding the alleged poisoning of Navalny as soon as possible, adding that Germany will coordinate a response with its partners in case if Russia fails to investigate. Maas has also assumed that there were many indications that Russia was behind the incident with the opposition figure.

On 20 August, the Russian opposition politician fell ill during a domestic flight from the Siberian city of Tomsk to Moscow. He was initially treated in the city of Omsk, where the plane made an emergency landing. Two days later, once the doctors established that he was fit for cross-border aerial transportation, the man was flown to the Berlin-based Charite hospital for further treatment.

German doctors initially claimed they found traces of a substance from the group of cholinesterase inhibitors in his system, before flagging the Novichok poisoning. Moscow responded by pointing to the lack of evidence in Berlin's claims and noting that the Russian doctors had found no toxic substances in Navalny.