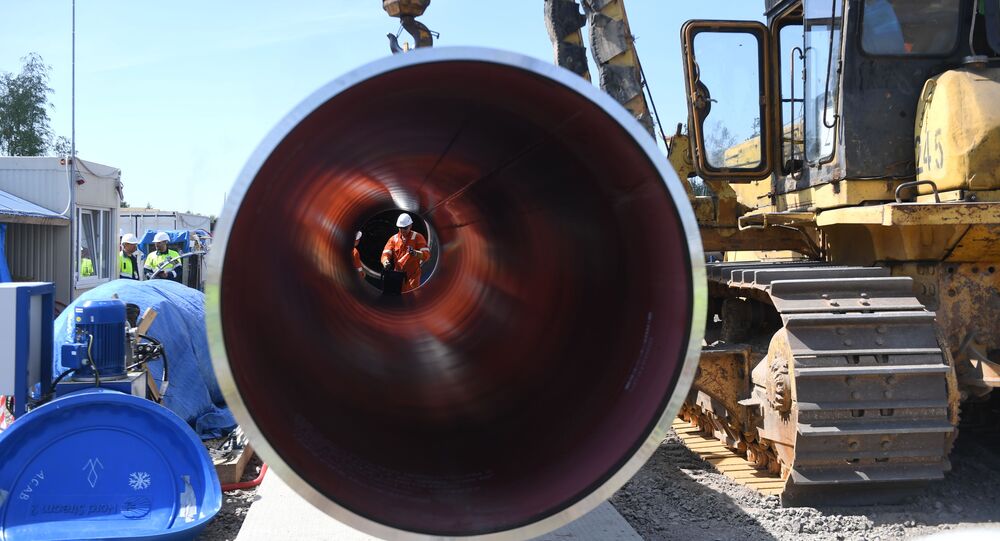 Premier of the eastern German state of Saxony Michael Kretschmer has stressed the necessity of completing the Nord Stream 2 pipeline. His Christian Democratic Union colleague and chairman candiate, Friedrich Merz, earlier called to halt the venture, something Kretschmer dubbed "a mistake".

"Nord Stream 2 must be completed. We depend on each other, we need this cooperation", the politician was quoted by DPA as saying.

According to Kretschmer, the incident concerning Russian opposition figure Alexei Navalny was "horrible", but it has to be investigated thoroughly before conclusions are made.

German Chancellor Angela Merkel previously stated that the issues pertaining to the project, which would deliver Russian gas to Germany via pipelines set up under the Baltic Sea, and Alexei Navalny should be looked into separately.

Russian President Vladimir Putin's spokesman Dmitry Peskov, for his part, noted that Nord Stream 2 is a commercial project and it is being realised for the benefit of pan-European energy interests, so that some German MPs calls to halt it due to the Navalny case are no more than unfounded emotional statements.

According to a Bloomberg report citing three sources in the Bundestag, Angela Merkel's CDU/CSU and Social Democratic Party coalition won't support demands to block Nord Stream 2, as the project is favoured by German industry.

Separately, solid ties between the two countries would prevent the project from being halted, the sources said, adding another important factor is pressure from the US and its animosity toward the budding project. On top of this, the German side would be obliged to pay out compensation should the project be unilaterally frozen.

Russian political activist Alexei Navalny was rushed to a hospital in Omsk on 20 August after he fell gravely ill on board a Moscow-bound plane. The incident prompted the pilot to make an emergency landing in the Siberian city, with the activist shortly thereafter falling into a coma. Omsk doctors made a preliminary conclusion that a sudden and rapid drop in glucose due to a metabolic imbalance was to blame for Navalny's condition. When it was stabilised, the opposition figure's relatives requested permission for him to be transported to a Berlin clinic.

German medics said they found traces of cholinesterase inhibitors in the patient's blood, despite Russian doctors not finding any during his initial hospitalisation in Omsk. Over a week later, German authorities announced that the Russian opposition figure had likely been poisoned with a military-grade nerve agent from the Novichok group – the substance allegedly used to poison former Russian spy Sergei Skripal and his daughter in 2018.

Despite Germany being quick to put the blame for the purported poisoning on Russia and threaten it with a series of sanctions, the Kremlin declined to comment on the unproven matter, inviting the German side to first provide exhaustive evidence and all the necessary documents. Russia's Foreign Ministry said that Berlin has so far failed to provide any substantial data supporting its accusations, despite Moscow's requests to this end.

Merkel Responds to US Senators' Threats to Impose Sanctions on Nord Stream 2: It Will Be Completed