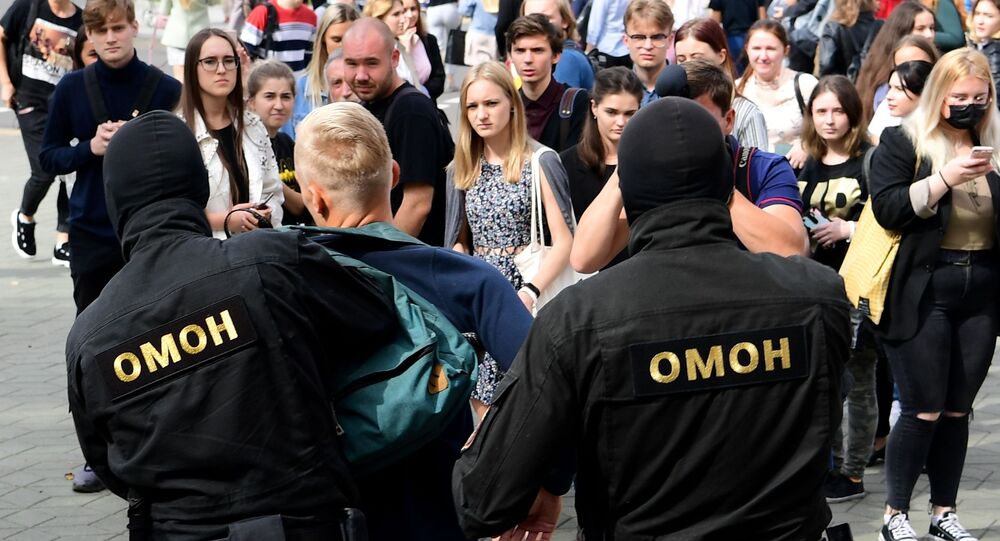 Belarus has been engulfed by protests for almost a month in the wake of the highly-contested presidential election results that saw Alexander Lukashenko re-elected for a sixth term. The Interior Ministry has repeatedly called on citizens not to take part in unauthorised mass demonstrations.

The Belarusian police are beefing up security measures in Minsk ahead of a planned opposition protest that is expected later in the day.

The Interior Ministry said in a press release that additional police, army personnel, and vehicles will be deployed to the streets. The press release adds that some of the city's avenues will be cordoned off during the day.

The Interior Ministry reminded citizens that the protests are unauthorised and the police will take all the necessary measures to suppress any violation of public order.

The opposition rally is set to begin at 2 p.m. local time (11:00 GMT) in October Square. The Palace of the Republic is located in the square, while the residence of Belarusian President Alexander Lukashenko is nearby.

Belarus has been rocked by large-scale protests since the 9 August election, which saw Lukashenko re-elected for a sixth term. The opposition rejected the outcome, claiming that Svetlana Tikhanovskaya won the election.