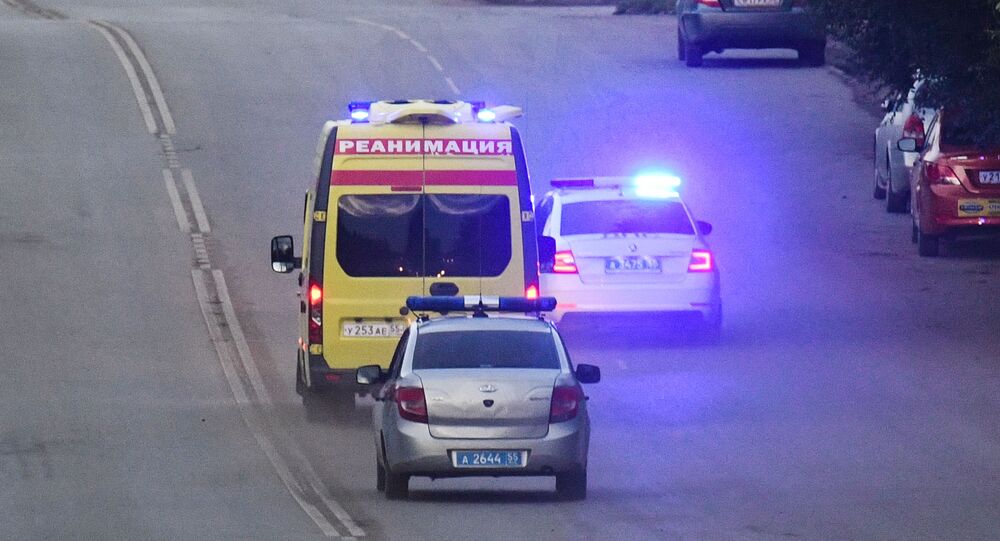 Previously, Belarusian President Alexander Lukashenko claimed that his country had managed to intercept a call between Berlin and Warsaw, ostensibly proving that Chancellor Angela Merkel’s claims about Navalny having been poisoned were a deliberate lie.

Belarusian state television has released a recording of a phone call regarding Russian opposition figure Alexei Navalny that was allegedly made between German and Polish authorities and purportedly intercepted by Belarusian intelligence.

In the alleged recording, the two individuals, one of whom goes by the name "Nick" and the other by the name "Mike", discuss the documents on Navalny's "poisoning" that were about to be presented to Chancellor Angela Merkel's office. When an alleged Polish official asks if the poisoning was real, "Nick" says that this is not so important, adding that all methods are good in "war".

The callers went on to discuss how the scandal over Navalny’s poisoning could be used to dissuade Russia’s President Vladimir Putin from continuing his purported attempts to influence the situation in Belarus, which is currently experiencing protests. At the same time, one of the speakers said that his alleged work in Belarus was not yielding results that were as good as expected, calling the country’s president, Alexander Lukashenko, a “tough nut to crack” who is surrounded by “loyal” officials and the military. Lukashenko has repeatedly said that the protests in his country are orchestrated and backed from abroad, condemning foreign interference in Belarus’ domestic affairs.

The Belarusian broadcaster ONT said that the "recording" had been passed on to the Russian Federal Security Service (FSB) for them to look into the contents.

Russian political activist Alexei Navalny was rushed to hospital in Omsk after falling gravely ill during a flight to Moscow on 20 August. Despite initial claims by his spokeswoman that the opposition figure had been poisoned, local doctors failed to detect any poison in his blood or urine and ruled that he had suffered a sudden drop in glucose levels due to metabolism problems.

After fighting to stabilise Navalny's condition for 44 hours, the doctors in Omsk approved a request from his relatives to transfer him to a German clinic. A week and a half afterwards, German authorities claimed that they had detected traces of a military-grade nerve agent from the Novichok group in Navalny's blood, pointing to the Kremlin as the likely culprit behind the alleged poisoning. Germany’s Chancellor Angela Merkel demanded that Russia explain the situation and provide answers. Moscow has refused to comment on the matter without first receiving solid information about the incident from Berlin. President of Belarus Alexander Lukashenko, in turn, stated that his country's intelligence services had intercepted a call that could prove that the Germany's statements about Navalny were false.