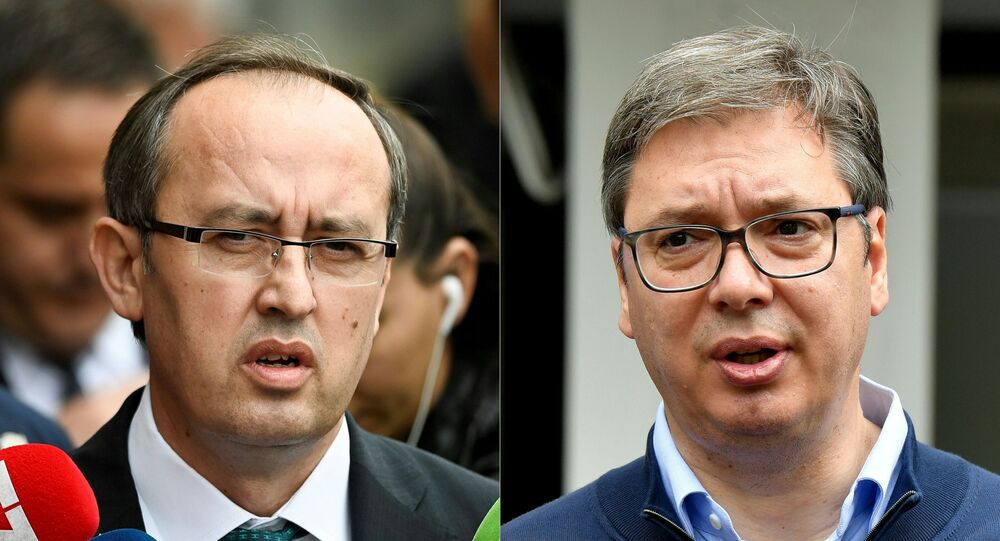 BELGRADE (Sputnik) - Serbian President Aleksandar Vucic said on Thursday that the section on the recognition of the self-proclaimed republic of Kosovo had been removed from the official agenda of the White House-hosted talks, Serbia's national broadcaster reported.

"The people from the Trump administration were impartial, they heard us out, and the clause on mutual recognition is no longer in the documents", Vucic said, as broadcast by the national TV.

Serbian Foreign Minister Ivica Dacic said earlier in the day that the president had firmly rejected the section on Kosovo's recognition during the talks at the White House.

Before leaving for Washington, Kosovo Prime Minister Avdullah Hoti told reporters in Pristina that he was not going to discuss anything but the recognition and independence of Kosovo.

Vucic, in turn, has said that he did not know what to expect from the negotiations, but was ready to "fight with all his might for Serbia".

Meanwhile, US policymakers expressed hope that the talks would foster new economic ties between the two adversaries and resolve many contentious political issues between them.

The Serbian delegation headed by Vucic is currently in Washington to hold talks with Kosovo Prime Minister. US President Donald Trump is expected to attend the meeting.

Since the collapse of Yugoslavia, the status of Kosovo has been viciously disputed between Serbia and Kosovo’s Muslim Albanian population. In the 1990s, an armed struggle between Albanian separatists and Serbia prompted NATO to launch a military campaign against the latter. In 2008, Kosovo unilaterally announced its independence from Serbia. Russia, as well as the overwhelming majority of Latin American and Asian nations, do not recognize the self-proclaimed republic.