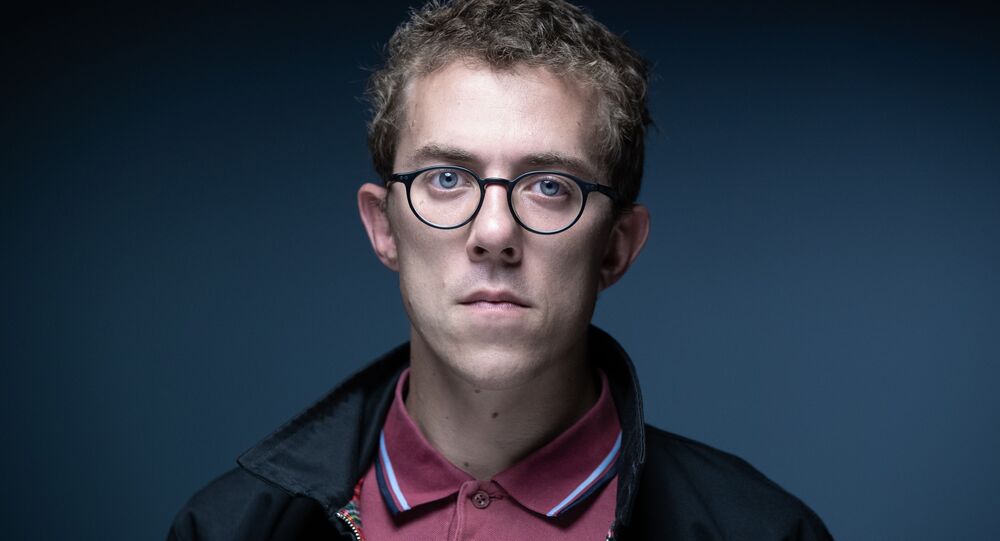 Against the backdrop of heightened global awareness of racial issues, the book, Flic, was published by a niche company in extreme secrecy, with bookshops in France ordering it without knowing the details.

A French journalist who infiltrated the ranks of the country’s police force claims to have witnessed a rampant “culture of racism and violence”, reported The Guardian.

Valentin Gendrot, who lays bare the “shocking” incidents he says he observed while undercover in his new book, Flic (Cop) published on Wednesday and seen by the outlet, claims the instances of violence were so commonplace they were almost banal.

“It was only a minority of officers who were violent … but they were always violent.”

In his book, Gendrot describes an incident where he claims he was forced to help falsify evidence against an adolescent who had sustained a beating by an officer in an incident that was never written up.

“They don’t see a youngster, but a delinquent … once this dehumanisation is established everything becomes justifiable, like beating up an adolescent or a migrant,” he writes.

Valentin Gendrot asserts he heard “racist, homophobic and macho” comments at the commissariat every day from a number of colleagues, that were seemingly dismissed by others.

“It really shocked me to hear police officers, who are representatives of the state, calling people who were black, Arab or migrants ‘bastards’, but everyone did it,” says the French reporter.

Police recruits, according to Gendrot, are forced to deal with daily stress, work overload and hostility, while seated in decrepit offices, driving battered vehicles, and paying for essential equipment from their own pockets.

© AP Photo / Thibault Camus
A Resident of a building clenches his fist after cutting up a banner with was lowered from the roof of his building by protestors with the Identitarian movement during a march against police brutality and racism in Paris, France, Saturday, June 13, 2020

The “poorly-trained” staff are often driven to depression and even suicide.

Valentin Gendrot, 32, worked for a spate of local newspapers and radio stations after graduating from journalism college. He garnered experience during several undercover investigations before infiltrating the police ranks as a contracted and salaried “special constable” in 2018 using his real name.

In his book, Flic, published by niche company Editions Goutte d’Or in extreme secrecy and printed in Slovenia, the journalist describes his almost six months in a police station in one of Paris’s grittier northern arrondissements.

After undergoing a brief training period at police school in St-Malo, Brittany, that lasted three months, Gendrot says he was posted to a police psychiatric unit for 15 months. After that he was sent to the station in Paris’s 19th arrondissement, issued a uniform and gun and sent out on patrol.

© AP Photo / Thibault Camus
A placard read "The Police Kills" as people gather for a march against police brutality and racism in Paris, France

The journalist offers a behind-the-scenes glimpse into what he calls a “clannish” system, where officers act with impunity and close ranks to protect their own.

“What astonishes me … is at what point they feel untouchable, as if there’s no superior, no surveillance by the hierarchy, as if a police officer can choose – according to his free will or how he is feeling at that particular moment – to be violent or not,” writes the reporter.

Speaking in an interview with The Guardian, Valentin Gendrot, whose book was ordered by bookshops in France without knowing the contents, says:

“I wanted to go undercover in a police commissariat so I could show what we never see. In France there are two big taboos: police violence and malpractice and police suicides. In France, people either like the police or detest them. I thought it had to be more nuanced.”

The book comes out as police have been fending off criticism on several fronts for supposedly indiscriminate use of teargas and rubber bullets during gilets jaunes demonstrations, and amid a global wave of protests against racism and police brutality sparked by the death of black man George Floyd at the hands of US law enforcement.

“This book is not anti-police. It’s a factual account of the day-to-day life of a police officer in a difficult district of Paris… I cannot talk about other police stations or the police in general,” says Gendrot.