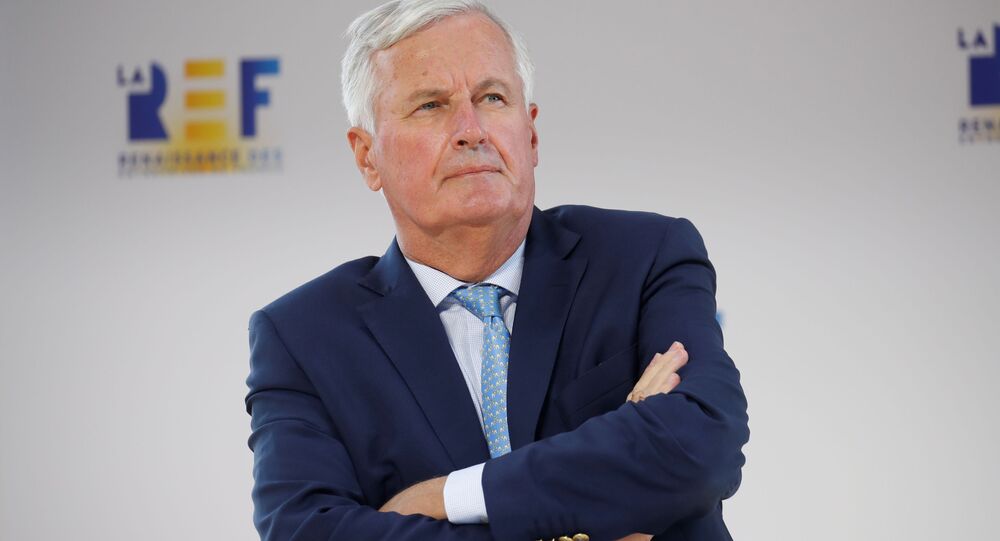 Negotiations between the United Kingdom and the European Union over London's withdrawal from the bloc and the formation of an agreement that will outline the trading relationship between the two, have come to a standstill. The EU accuses Westminster of unrealistic demands while Downing Street claims Brussels refused to budge over essential matters.

Michel Barnier wished supporters of Britain's withdrawal from the European Union "good luck" on Wednesday as he warned that a lack of compromise is bringing the UK closer to leaving the bloc without a deal.

Brussels’ chief Brexit negotiator said he is “worried and disappointed” following his British counterpart, David Frost, not making any concessions to end the deadlock in talks.

He explained that a deal must be agreed to by the end of next month's "strict deadline" in order for it to workable before the end of the transition period on 31 December.

“We need a breakthrough, we need to move,” Barnier said following a speech at Dublin’s Institute of International and European Affairs think-tank.

“If the UK wants a deal with us and a fair agreement for a zero-tariff, zero-quota access for British access to our market of 450 million consumers then they will have to move and it is their choice, it is their responsibility".

He said that the bloc was ready to make a "fair and constructive compromise but not at the detriment of the EU".

“We did not see any change in the position of the UK. This is why I express publicly that I am worried and I am disappointed because, frankly speaking, we have moved".

Barnier said that the EU has shown clearly openness" to find a compromise and that no deal would become inevitable if the UK doesn not move on "the level playing field, fisheries and governance, the UK will take itself the risk of a no-deal".

The EU will not accept the livelihoods of fishermen and women being “used as a bargaining chip" as part of negotiations.

He wished “good luck, good luck” to those who claim that leaving with no trade deal will offer opportunities.

“Frankly speaking, there is no reason to under-estimate the consequences for many people, many sectors, of a no-deal – it will be a huge difference between a deal and a no-deal”, Barnier added.

London has acknowledged that it was “clear" that a deal would not be easy to achieve a deal ahead of formal negotiators next week.

© AFP 2021 / YVES HERMAN
Britain's chief negotiator David Frost (L) and EU's Brexit negotiator Michel Barnier arrive for a working breakfast after the seventh round of talks, in Brussels on August 21, 2020.

The new leader fo the Liberal Democrat's Ed Davey slammed Boris Johnson for failing to come to an agreement.

“It wasn’t long ago that Boris Johnson asserted that he wanted a Brexit deal by the end of July. Now even he must realise the pig’s breakfast he has made of these talks”, he said.

This follows claims by Westminster that the EU's refusal to budge on "state aid and fisheries" is an "obstacle" to progressing the negotiations.

The United Kingdom formally left the European Union in January and currently remains in a transition period where it is subject to the bloc's rules. After rejecting any extension period, the UK will leave at the end of 2020 with or without a deal.

A no-deal Brexit would lead to severe disruption and harm the competitiveness of key sectors of the UK economy, according to the Committee on Exiting the EU last year. This comes on top of the ongoing coronavirus pandemic which has seen the UK enter the deepest recession on record.