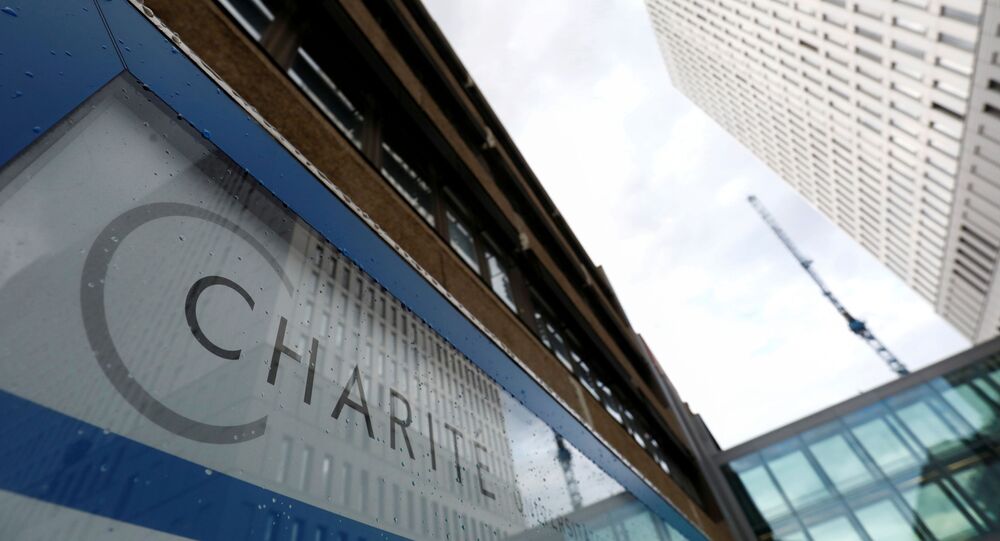 "The health condition of Alexei Navalny, who has been treated in Charite University Hospital Berlin since August 22, 2020, remains serious. The symptoms triggered by what has been confirmed as poisoning with a cholinesterase inhibitor are waning. The reason for this is a gradual regeneration of cholinesterase activity," the clinic said.

Navalny remains in intensive care and is on a ventilator, according to a press release. The hospital expects his treatment to take a long time. It does not rule out a long-term effect on his health. Navalny’s doctors are in close contact with his wife.

The German government claimed earlier in the day that tests performed on the 44-year-old’s samples showed that he had been exposed to a nerve agent from the Novichok group.

© Sputnik / Alexei Vitvitsky
German Chancellor Merkel Claims Navalny Case is 'Attempted Murder With Use of Nerve Agent'
Immediately after Navalny fell ill, his spokeswoman Kira Yarmysh claimed that he might have been poisoned.