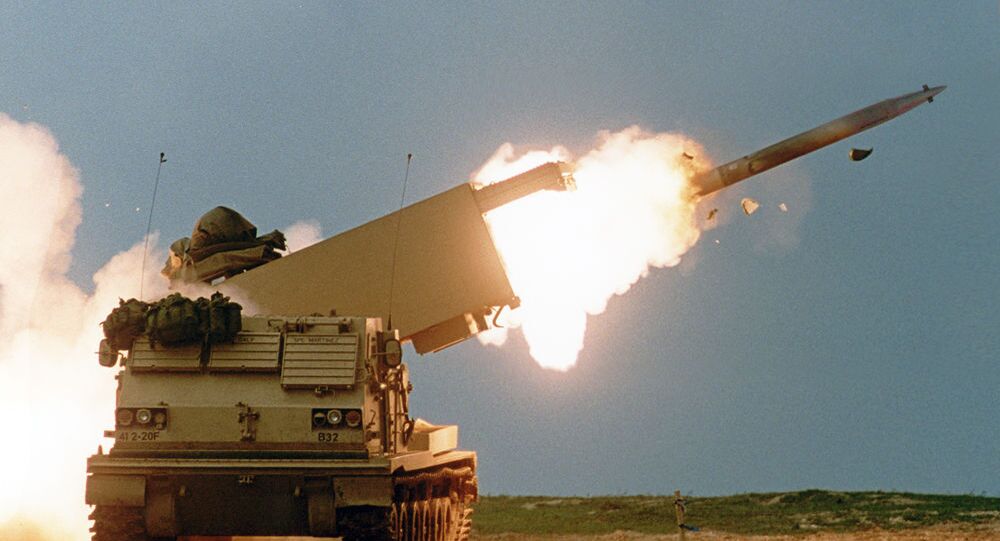 The US Army announced on Monday the beginning of live-fire drills involving rocket artillery in Estonia, less than 70 miles from Russian territory. The move comes just days after large Russian naval exercises in the Bering Sea, near Alaska.

The 41st Field Artillery Brigade uses the M270A1 Multiple Launch Rocket System (MLRS), which can fire barrages of up to 12 missiles at a time. The Army’s news release announcing the drills noted this will be the unit’s first live-fire drill after being rebased outside Germany.

While the drills come just days after Russian naval exercises in the Bering Sea that attracted Washington’s close eye - and the media’s wild paranoia - the Pentagon said the “routine training exercise is not tied to any current events in the region.”

Even though the shooting drills will happen practically within earshot of Russian soil, the US media has refused to relent in its drive to paint the exercises as justified and not at all hostile. On Monday, the right-wing Washington Times said in its report that the drills “aren’t a direct response to any recent Russian aggression,” but they are “calculated measures to send a message to an increasingly brazen Kremlin.”

“Russia over the past six months also has routinely entered air defense zones off the coast of Alaska, drawing harsh rebukes from the Pentagon. Last Friday, Russian planes intercepted a US B-52 that the Pentagon says was ‘conducting routine operations’ over international waters of the Black Sea,” the Times continued. Those “routine operations” were actually an unprecedented overflight of every single NATO member by four nuclear-capable strategic bombers.

In response, the Russian Embassy in Washington, DC, issued a statement condemning both the drills and the media’s response as “demonstrative saber-rattling.”

"We drew attention to messages, including in The Washington Times with anti-Russian assertions, and media support to the exercises of the US and Estonian Armed Forces taking place from 1 September to 10 September using multiple launch rocket systems in the immediate vicinity of the Russian borders – 70 mi (110 km)," the embassy said Monday on Facebook.

"The Russian Federation has repeatedly offered to the United States and its allies to limit training activities and to divert exercise areas from the line of contact between Russia and NATO. We consider the actions of the US Armed Forces in Estonia provocative and extremely dangerous for regional stability."

Earlier this year, Washington also dispatched a B-1B Lancer, a strategic bomber originally designed for low-altitude supersonic sprints into the Soviet Union to deliver nuclear strikes, on a surprise globetrotting trip from South Dakota to Estonia for another set of live-fire exercises in conjunction with the Estonian Armed Forces.