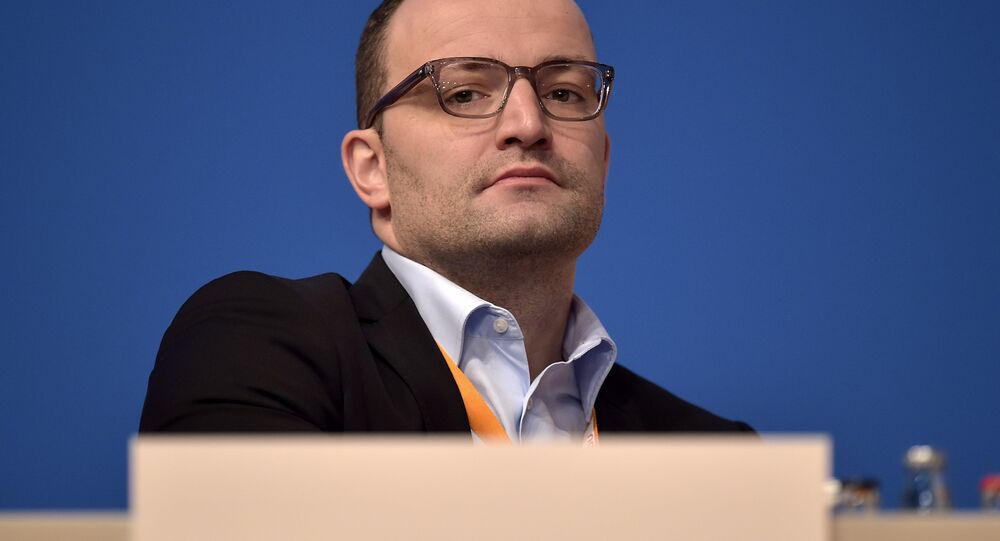 Protests took place in German cities over the weekend as the government has suggested introducing renewed lockdown measures as new coronavirus cases are identified across the country.

Germany’s health minister became the subject of homophobic abuse on Saturday after he was insulted and allegedly spat at amid nationwide protests against coronavirus restrictions becoming increasingly heated.

A video emerged showing Spahn, who is gay, removing his mask and gesturing to the crowd of protestors before being shut down by screams of “shame”, “go away”, and “gay pig”.

​While speaking at an event in Bottrop on Monday, he was received by a similarly hostile crowd, as the government minister attacked those who “stay inside their Facebook and WhatsApp world" for becoming increasingly aggressive and don't seek contact with those who hold different opinions.

​Spahn, who has said he will not run to succeed Chancellor Angela Merkel, has become increasingly popular in Germany as be becomes to target of hate among coronavirus deniers and those who opposed restrictive measures during the pandemic, has said his government may introduce a second lockdown amid rising cases of COVID-19.

This comes as Germany’s economy minister said on Monday those who insulted and spat at Spahn had infringed the constitution.

“Anyone who spits at & molests democratically elected politicians infringes the German constitution and makes an outsider of themselves”, Economy Minister Peter Altmaier tweeted.

On Saturday evening, police broke up protesters who stormed the country's governing Reichstag building, reportedly after being energised by rumours that the US President Donald Trump, had arrived in Berlin to support the turnout.

According to polling by public broadcaster ZDF last Friday, just 10% of Germans believe the government's restrictions were excessive, while 60% thought they were correct and 28% say they are not sufficiently strict.