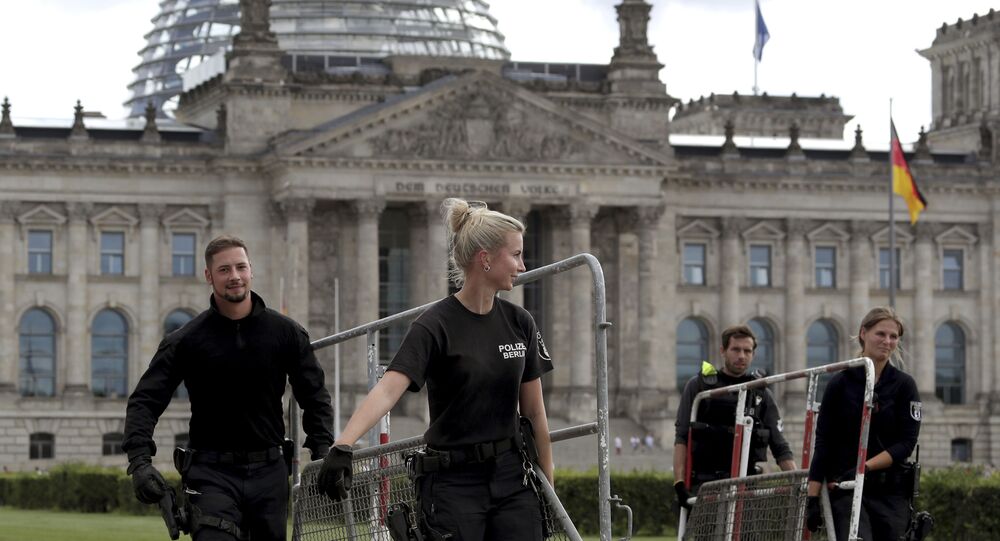 BERLIN (Sputnik) - Berlin police commented on a video that showed a 60-year-old woman beaten at a weekend demonstration by saying that the woman was "slightly injured" because she resisted the detention.

Organisers of the anti-lockdown protests reported several cases of police brutality against the activists. Videos of reported abuses have circulated on the Internet and caused a great public stir across the country. In one of such footages, a woman was pinned down to the ground by police officers, after which one of the agents punched her on the back several times.

Commenting on the video, the Berlin police said that the woman had ignored the repeated calls to leave the area and even punched one of the officers during the detention.

"The 60-year-old was slightly injured during the detention, but refused the offered medical assistance and was able to continue her way. No officers were injured," the police said.

Anti-coronavirus protests organised by the Querdenken 711 initiative group, which criticises the government’s response to the pandemic, took place over the weekend in Berlin, with about 38,000 people joining. Hundreds of people were detained and 131 criminal charges were filed, including for assault on police officers. According to the German police, 33 officers were injured during the demonstrations on Saturday.