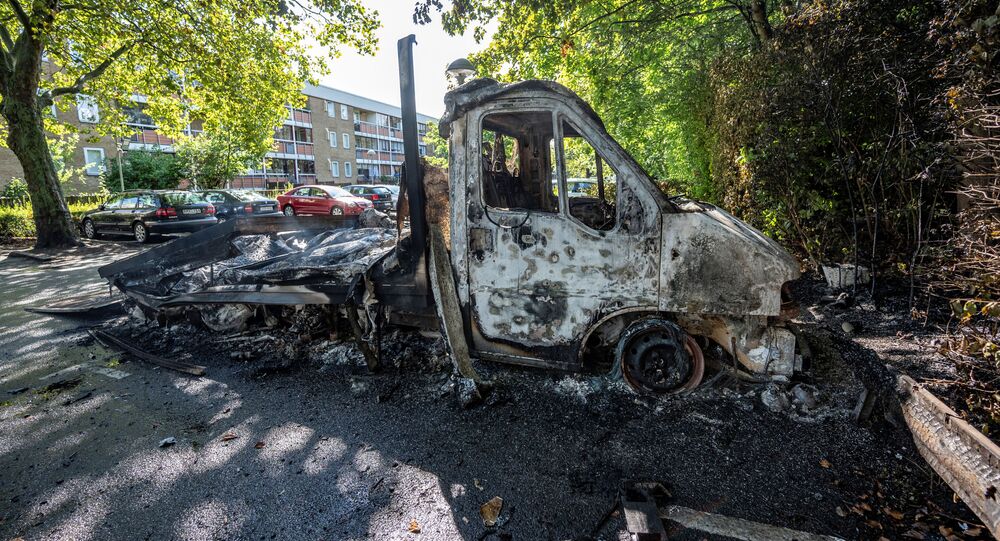 During the immigrant riots in the Swedish town of Ronneby in Blekinge county that are seen as an aftermath of the Quran-burning in Malmö, fires were started, stones were thrown and storefronts were smashed.

Amid the riots that broke out in the tiny Swedish town of Ronneby during the weekend, an immigrant mob attempted to torch the local church, Swedish Radio reported citing local witnesses.

Local man Naem Sufan, himself an immigrant, told Swedish Radio that he attempted to intervene when the perpetrators, both young people and adults, wanted to burn down the church. By his own admission, he was beaten because he “defended the church” by extinguishing the fire with his jacket.

The church survived undamaged, unlike Sufan, who was hit with a stone and ended up with a broken shoulder and a sore neck. He also confirmed that the perpetrators were immigrants, and voiced his outrage.

“You get so disappointed when you see immigrants do that. I'm an immigrant myself. And I don't get it. Sweden has given them everything they want. We have fled war, so we can not start new wars here,” Sufan told Swedish Radio, pointing out that people who come to Sweden must become part of society and learn the language.

Sufan ventured that the riots are due to the Islamic Association and parents not teaching its young people and children how to behave properly.

About 20 people were involved in the unprompted brawl in Ronneby's centre on Saturday night. Two people, including a police officer, were injured by stone pelting and several rioters involved were detained.

​Following the riots that caught the local authorities unawares, the police are now increasing their presence in the town of 13,000, which is otherwise considered peaceful. However, the riots, which caused about $60,000 in damages, are currently seen as an individual event, even though connections to the Malmö unrest are under investigation.

“It is a spontaneous isolated event that we did not see coming. You can draw your connections to Malmö, but there is nothing that I have detailed knowledge of,” police manager Anna Johansson told national broadcaster SVT.

The riots in Malmö, Sweden's third-largest city, erupted after members of the Danish Hard Line party burned a copy of the Quran, ostensibly in support of their “brotherly” Swedish people. During the violent riot in the city's ethnic enclave of Rosengård, whose population is mostly comprised of immigrants, the police were attacked and Islamist and anti-Semitic slogans were chanted. The city of Malmö and the local Muslim community subsequently rejected a religious connection, instead suggesting that the intention was to provoke.