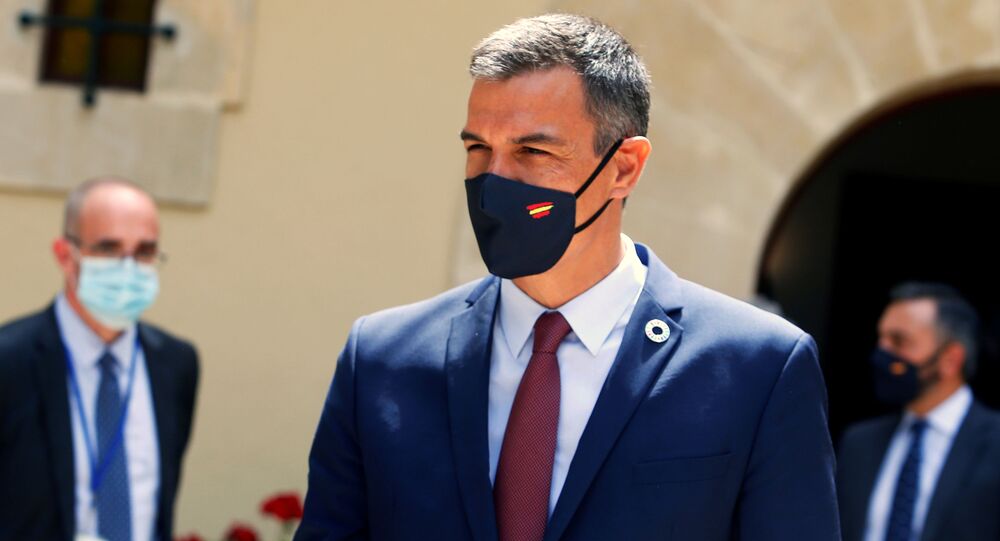 "We managed to bend the [COVID-19] curve when we all acted together. This is a lesson we must learn from the previous months. We have prevented the hardest and most devastating wave of the pandemic. And now is the time — while we continue to fight the virus — to restart the economy and create jobs," Sanchez said while speaking at Casa de America in Madrid.

The head of the Spanish government devoted most of his speech to calls for unification, primarily among political parties, with which Sanchez is starting consultations this week to approve a new budget.

"Unity is the keyword. We can only cope with the challenge that lies ahead of us together. ... Now is the time for agreements, meetings, negotiations and decency," Sanchez said, adding that the pandemic had no political preferences.

Among the government's main strategic tasks, the prime minister named the digitalization of the country for the economy's modernization, the transition to an environmentally friendly economy, the fight against inequality, including discrimination against women, and regional development.

Sanchez also noted that the government would send a recovery plan to Brussels in the near future, which, according to the government, would ensure over 2 percent GDP growth in the long term. In July, the European Union agreed to earmark 140 billion euros ($167 billion) to handle the pandemic's economic consequences.

The Spanish economy contracted by 18.5 percent in the second quarter of 2020, a time during which most coronavirus quarantine measures were in effect, compared to the previous trimester, marking the largest quarter-on-quarter drop since record-keeping began in 1970. According to Bank of Spain's forecasts, by the end of the year, the country's economy will shrink by 9 to 15.1 percent.