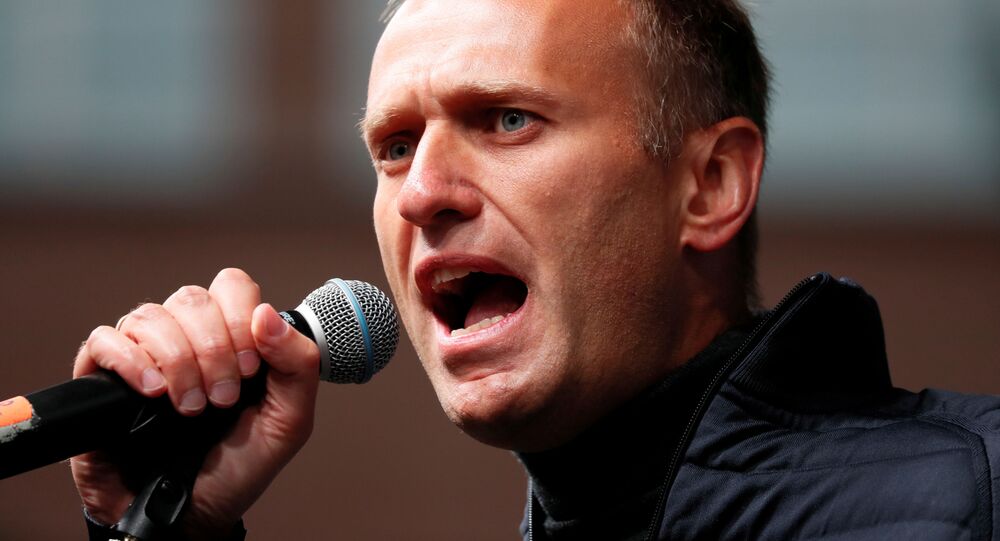 Alexei Navalny currently remains in a medically-induced coma in Berlin; German doctors say his condition is serious, but not life-threatening. The opposition figure and blogger was flown to Germany from Omsk, where he was hospitalised on 20 August after what his supporters claim was toxic poisoning.

Some foreign observers have dismissed the narrative of Alexei Navalny’s “poisoning”, saying it was not in Moscow’s interest to remove the activist.

Igor Pellicciari, a professor of history of international relations at the University of Urbino, believes it is unlikely that the Kremlin would want to “expose itself by eliminating Navalny” while it tries not to cross a thin line in neighbouring Belarus, where mass protests continue against Vladimir Putin’s ally Alexander Lukashenko.

“Despite being a thorn in the side [of the Russian government], he does not represent an immediate risk and removing him would have much higher costs than tolerating him as has happened all these years,” Pelliciari says of Navalny.

What happened to Navalny?

The 44-year-old opposition figure, a fierce critic of President Putin and anti-corruption activist, fell ill while on board a Moscow-bound flight from Tomsk on 20 August. The plane made an emergency landing in Omsk, where Navalny was put in a medically-induced coma and on a ventilator.

“Basically, there is no question of delayed aid, one of the easiest logistical aspects to use in these homes to ‘aggravate’ the patient’s clinical position,” argues Pelliciari.

Omsk doctors fought for his life for 44 hours before he was transported to Berlin via a charter flight paid for by Russian businessman Boris Zimin via the German-based Cinema for Peace foundation.

Navalny’s associates rushed to allege poisoning, suggesting that someone may have mixed a toxic substance into his tea, the only thing he had that morning. However, CCTV footage from the airport where the activist had the tea appeared to show that he was handed a cup by his aide Ilya Pakhomov. This cast doubt on the poisoning theory, since whoever prepared the tea could not have known who would get the drink.

The CCTV footage in Tomsk airport allegedly shows that
the paper glass with tea, from which Navalny drank at the airport, he received from the hands of his assistant (in the white T-shirt) .#NavalnyAllegedPoisoning https://t.co/X1e37EyJVr

​According to the Russian newspaper Kommersant, Omsk doctors conducted 8 biochemical blood tests and 11 blood gas tests, 6 general blood tests, 5 electrocardiograms, 25 glucose tests, 4 general urine tests, and an MRI – enough to get a complete medical history and perhaps not the wisest way to cover up a poisoning.

Further on, Navalny was given atropine, which is commonly used to as an antidote for the treatment of toxicity associated with nerve agents.

Doctors at the Berlin-based clinic Charite, where he is currently being administered, later said they were treating him with the same antidote.

“It is a treatment that, also for the timing, saves the patient’s life,” says Pelliciari. “Again, a rather strange efficiency and availability to explain for those who wanted to aggravate the patient.”

Pierre Malinowski, a French historian and president of the Foundation for the Development of Russian-French Historical Initiatives, similarly praised Russian health professionals.

“The doctors of the Omsk hospital fought for the life of Alexei Navalny for 44 hours. It is thanks to them that he survived,” he wrote in a Facebook post.

Was it a poisoning?

In a statement last week, the Charite clinic said they had traced a substance from the group of cholinesterase inhibitors in Navalny’s system, a wide group of chemicals ranging from drugs and pesticides to chemical warfare agents.

Russian doctors said they found no traces of such substances and suggested that his condition resulted from a sudden drop of glucose in blood due to a metabolic disease.

Although there is little detail on Navalny’s diagnosis, and Charite are yet to identify the exact toxic substance they allegedly discovered in his body, a slew of mainstream media outlets ran articles claiming he was poisoned.

German Foreign Minister Heiko Maas said last week that his government was willing to introduce diplomatic sanctions against Russia if it concluded that Russian state agencies were behind Navalny’s health woes.

Last Wednesday, the Russian medics published an open letter decrying the criticism they have faced since Navalny’s transportation to Charite and called the situation regarding the activist a “political diagnosis”.

Kremlin spokesman Dmitry Peskov wished the activist a speedy recovery but dismissed calls for a criminal probe into the incident, saying such a probe can launched only if a poisoning is confirmed. The German Justice Ministry has reportedly received a request from Russia for legal assistance in the case.

In a statement on Friday, a spokeswoman for Navalny said the activist is still in an induced coma and connected to a ventilator, with symptoms of alleged poisoning receding.