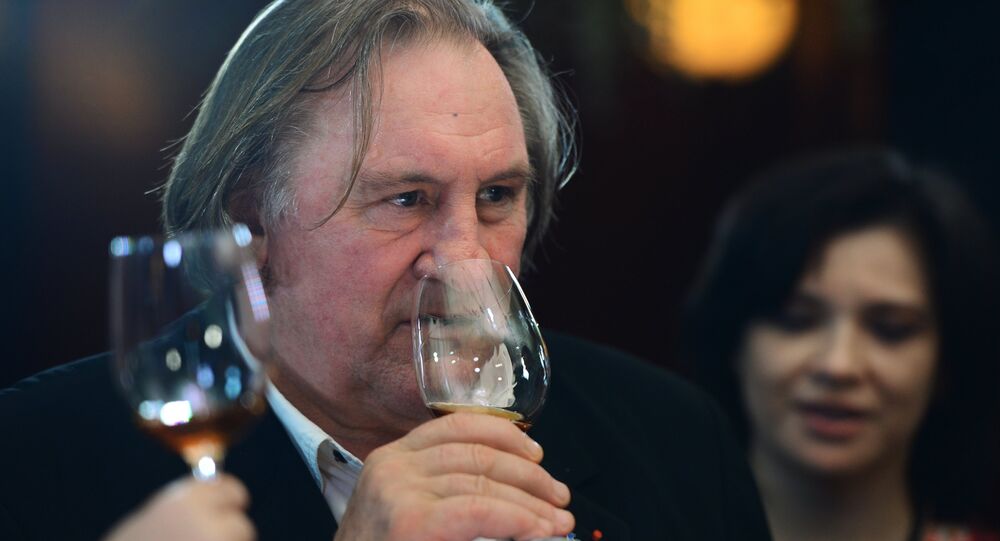 Police department officers, who stopped the French film star and ordered him to drive to a nearby police station, were not aware that the individual they had stopped was Gerard Depardieu, as he was wearing a helmet during a Friday scooter ride in one of the central districts the French capital of Paris.

Paris police on Friday stopped iconic French actor Gerard Depardieu, who was reportedly riding a scooter while drunk, and drew up a report on the violation, Le Point magazine reported, citing police.

According to the magazine, Depardieu was riding a scooter on the Avenue du Maine on Friday, and violated traffic rules. Police said that the actor drove outside road lines and ran a red traffic light. The police officers, who did not know that they had stopped Depardieu, demanded that the man drive to a nearby police station.

The officers suspected that the individual was drunk, prompting them to ask him to take an alcohol test, which reportedly gave a positive result and showed an excess of the limit of 0.25 milligrams per liter of exhaled air.

When the man took off his helmet, law enforcement officers realized that it was Depardieu. The actor told police that he had drunk a couple of beers before hitting the road.

The officers reported this to their superior. A duty officer then visited the scene from the police headquarters. Also, as the law enforcement officers wrote in their report, a commissioner of a so-called security and intervention company contacted them and demanded “not to draw up a protocol against Mr. Depardieu.” Following the orders, the officers reportedly stopped the proceedings.

However, a second alcohol test, performed at the police station, gave a result of 0.40 milligrams per liter of exhaled air. Eventually, police told the magazine that it was decided to draw up a protocol against the two-time winner (1981 & 1991) of the Cesar Award for Best Actor.

The police detained Depardieu's scooter as well, and the actor was taken from the station by friends. Depardieu, who has Russian citizenship as well as French, said at the police station that he no longer wants to be French and prefers Russia, and its president, Vladimir Putin, according to Le Point.

It was not the first time that Depardieu has been caught driving drunk. In 2013, a French court fined the actor 4 thousand euros for drunk driving and deprived him of the right to drive a vehicle for six months, according to BBC.