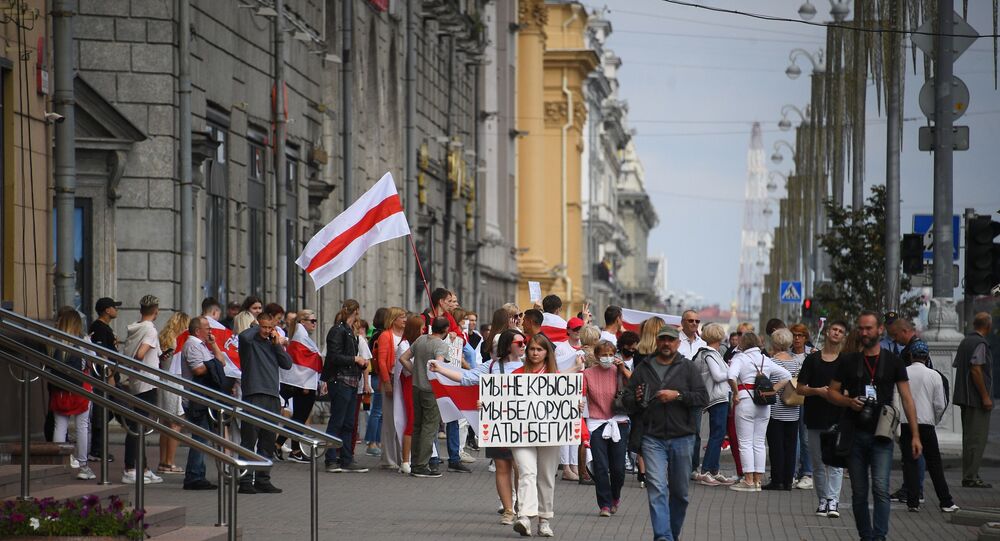 Protests in Belarus have been ongoing for weeks, ignited by the results of the presidential vote that secured a sixth consecutive win for incumbent President Alexander Lukashenko. The opposition has rejected the official results, maintaining that it was, in fact, Svetlana Tikhanovskaya, the key opposition figure, who won the election.

Police have detained protesters at Independence Square in central Minsk, media reported on Sunday, citing witnesses at the scene.

Earlier, police enhanced their presence in the capital, blocking access to some of Minsk's central squares. Exits from several metro stations situated near the anticipated protest venues have also been closed.

Law enforcement officers have been dispatched to patrol Independence Square, where key government buildings are located.

Belarus has been engulfed in mass protests in the wake of the 9 August presidential election that handed a win to the incumbent President Lukashenko, paving way for his sixth term in office.  The opposition strongly rejects the results of the vote and also accuse the security forces of resorting to excessive violence during the protests.