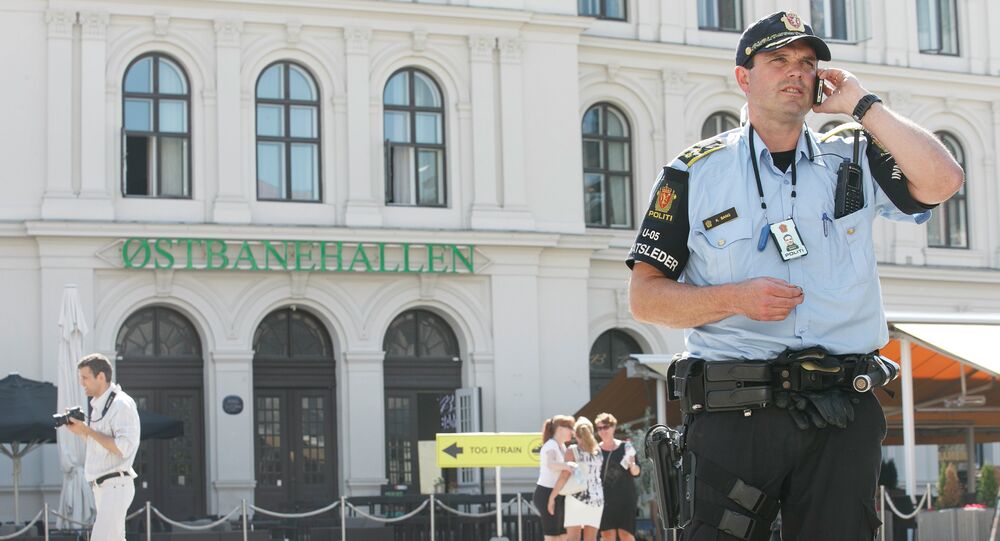 The development comes as violent riots broke out in Sweden, following the burning of a Koran during a demonstration organized by an anti-Islam group in the city of Malmo. Law enforcement is bracing for another night of riots and asked Norwegian authorities for reinforcement.

One person was reportedly injured and 20 arrested following a protest in the Norwegian capital Oslo, organized by a group called "Stop Islamization of Norway" or SIAN. Tensions escalated after a demonstrator started tearing pages from a Koran, the sacred text of the Islamic faith.

She is now ripping pages from the Quran pic.twitter.com/iV9cLz7XmR

​Scuffles occurred between SIAN demonstrators and counter protesters, who bypassed a police perimeter as well as between counter-protesters and law enforcement officers, when the former tried to remove police barricades.

Initially the demonstrators on both sides behaved peacefully with people chanted slogans. The situation escalated after the leader of the SIAN group denounced an Islamic religious figure, the prophet Muhammad.

Protests in Oslo come as Malmo, Sweden’s third-largest city, on Friday saw violence after a Danish right-wing group, Stram Kurs (Hard Line), filmed the burning of a Koran in a public park. After the video was posted online more than 300 people gathered in the city to voice their anger. The demonstration quickly turned violent with people burning tires, throwing stones fireworks at police.

Huge fires [of tires it seems] now being set in the streets of #Malmo, #Sweden after the Quran was burnt by the "Stram kurs" group. #Rosengård pic.twitter.com/MZFO2oYwZT

​A large fire occurred in an underground parking garage, as well. Following the riots, city police asked Norwegian authorities for reinforcements as they said they had "no control" over the situation.