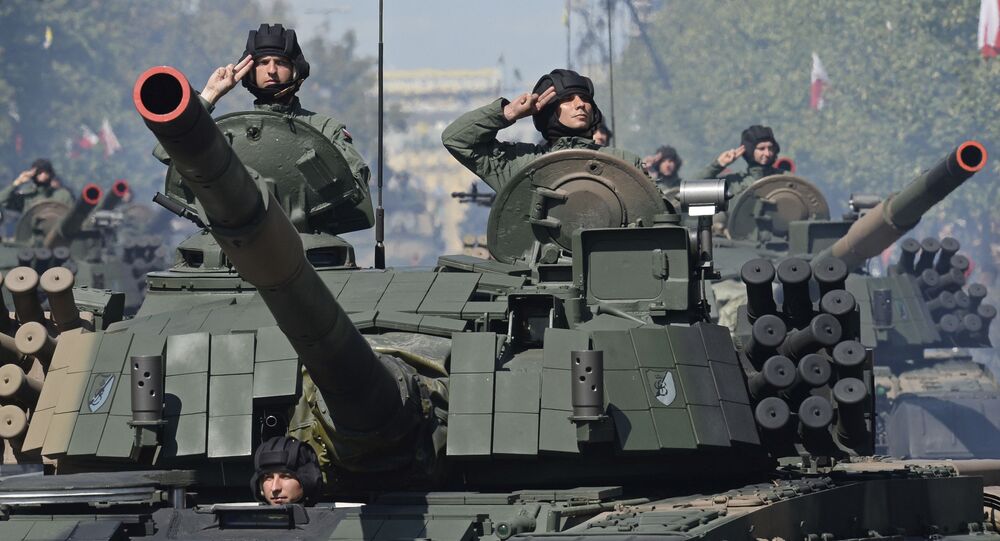 President Alexander Lukashenko previously announced the deployment of the army on the county's western borders, noting that it was his main decision in 25 years.

The Polish Foreign Ministry has summoned Belarus' ambassador over recent accusations made by Minsk, which has claimed that Warsaw plans to annex the Grodno region, Deputy Foreign Minister Marcin Przydacz stated. The Polish president's office has previously addressed the allegations, saying that Poland has no intention to annex Belarusian lands.

"In connection with repeated groundless accusations of the Belarusian authorities against Poland, the Ambassador of the Republic of Belarus has been summoned to the Ministry of Foreign Affairs of Poland today at 15:00", the tweet says.

Hours later, the Belarusian Foreign Ministry summoned Polish Charge d'Affaires in Minsk Marcin Wojciechowski to declare protest against attempts by the Polish side to interfere in the internal affairs of the republic.

"A resolute protest was lodged with him in connection with the open attempts of the Polish side to directly interfere in the internal affairs of the Republic of Belarus. Attention is drawn to the statements made by a number of Polish politicians and officials that are clearly unfriendly and unacceptable in interstate communication," the ministry's spokesman Anatoly Glaz said.

The statement about possible "aggression" was made by Lukashenko amid anti-government protests that hit the country after the 9 August presidential election.

“What worries me most is the fact that an external factor has been added to this internal situation in Belarus. We see a serious movement of NATO troops in the immediate vicinity of our borders”, Lukashenko pointed out, referring to “the territory of Poland and Lithuania”.

Lukashenko also instructed the country’s defence minister and the head of the Western Operational Command to make every effort to "protect, first of all, the western pearl of Belarus with its centre in Grodno" as he put the army on combat alert and deployed troops on the country’s western borders. He touted the move as his main decision in 25 years.

The presidential election saw Lukashenko re-elected for a sixth term with over 80 percent of the vote, while the opposition has stated that there were multiple violations, claiming that Svetlana Tikhanovskaya, an opposition candidate, was the real winner.

At the same time, supporters of Lukashenko have staged their own rallies, stressing that daily strikes at major companies, including vehicle and fertilizer manufacturers, as well as demonstrations, are dealing a significant blow to the economy.

Speaking with factory workers last week, the Belarusian president said that those who intended to strike could leave if they wanted to, while stressing that such protests are disrupting the country's economy.