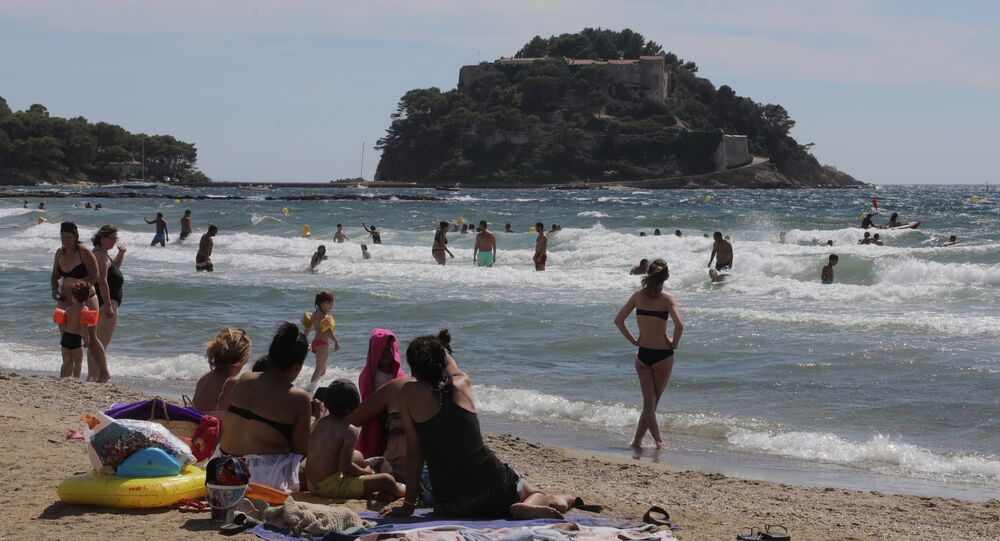 French Interior Minister Gerald Darmanin rose up to protect what he characterized as the "fundamental liberty" of topless sunbathing, after several women complained about police officers preventing them from laying in the sun with their breasts exposed.

The incident took place in Sainte-Marie-la-Mer, where police offcers asked three women to put their tops back on while they were sunbathing, drawing harsh criticism and accusations of “undermining the French way of life”.

French Interior Minister Gerald Darmanin argued that  “liberty is a precious commodity”, noting that it is "normal" for the administration to recognize its mistakes.

The tweet reads: "Two women were accused of wearing them on the beach without merit. Freedom is a precious commodity. And it is normal for the administration to recognize its mistakes. #SainteMarielaMer".

After enduring a wave of criticism, police issued a statement describing the incident as "awkwardness", noting that the practice of topless tanning is not prohibited on the beach of Sainte-Marie-la-Mer. The statement elaborated by explaining the origin of the officers' request for the tanners to put on their swimsuits.

"On August 20, a patrol of two gendarmes asked three people who were tanning topless on the beach of Sainte-Marie-la-Mer to put on their swimsuits. Their action followed the solicitation of a family of vacationers who said they were embarrassed by the situation because of the presence of children. Guided by a concern for appeasement, the gendarmes asked the people concerned if they agreed to cover their chest after having explained to them the meaning and origin of their approach. No municipal decree prohibits this practice in Sainte-Marie-la-Mer", the Gendarmerie of the Pyrénées-Orientales statement said.

Topless sunbathing in modern times rose again to popularity in France in the 1960s among feminists and others to, in some cases, show liberation from sexual restraint and the patriarchy. However, some recent studies have indicated that the practice may be falling out of favor over women fearing harassment.

People Will Have to Use App to Book Sunbathing Place on Beach in France, Reports Say