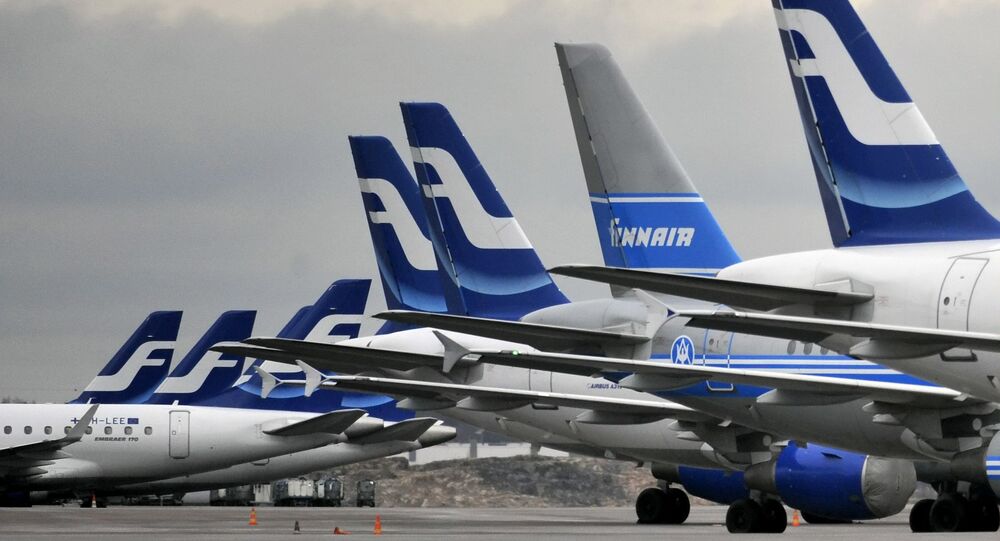 MOSCOW (Sputnik) - Finnish national airline Finnair has begun negotiations to temporarily layoff virtually all of its staff and permanently reduce up to 1,000 jobs as it looks to adjust savings targets in view of a prolonged pandemic recovery.

In a post published on the company's news portal, about 2,800 Finnair jobs are apt for some sort of restructuring, while all 6,700 employees, 6,200 of whom are based in Finland, will be affected by layoffs.

Only pilots and cabin crews on flights will remain on the company’s books in the coming phase as the national carrier increases its savings target from 80 million euros ($94.6 million) to 100 million euros.

"We want to build a competitive future for Finnair and retain as many jobs at Finnair as possible. Also, we want to be able to offer good connections to the world for Finns and the Finnish economy in the future. Unfortunately, this requires the measures we announced today. As the timeline for aviation’s recovery is unclear, our plan is also to implement significant temporary layoffs to adjust our resources." Finnair CEO Topi Manner was quoted as saying.

The airline said it will support affected employees through a social program and provide job-to-job support, training and guidance on entrepreneurship.

In a separate statement, the company said it has sold a recently acquired A-350 Airbus and leased it back from a Japanese investment firm to receive an immediate inflow of 100 million euros.

"Finnair sold the Airbus A350 aircraft delivered in February 2020 to NBB [Nomura Babcock & Brown Co., Ltd] and leased the aircraft back for its own operation. The initial operating lease period is 12 years, and the lease includes extension options. The arrangement has no major impact on Finnair’s operating result for the third quarter of 2020. However, the immediate positive cash effect for Finnair is in excess of 100 million euros," the statement released on Tuesday read.

Airlines remain among the worst impacted industries amid the pandemic, as governments grounded planes around the world to curb the spread of the virus and tourism prospects dried up over the summer. Numerous airlines have filed for bankruptcy, and others have permanently decommissioned long haul airplanes.