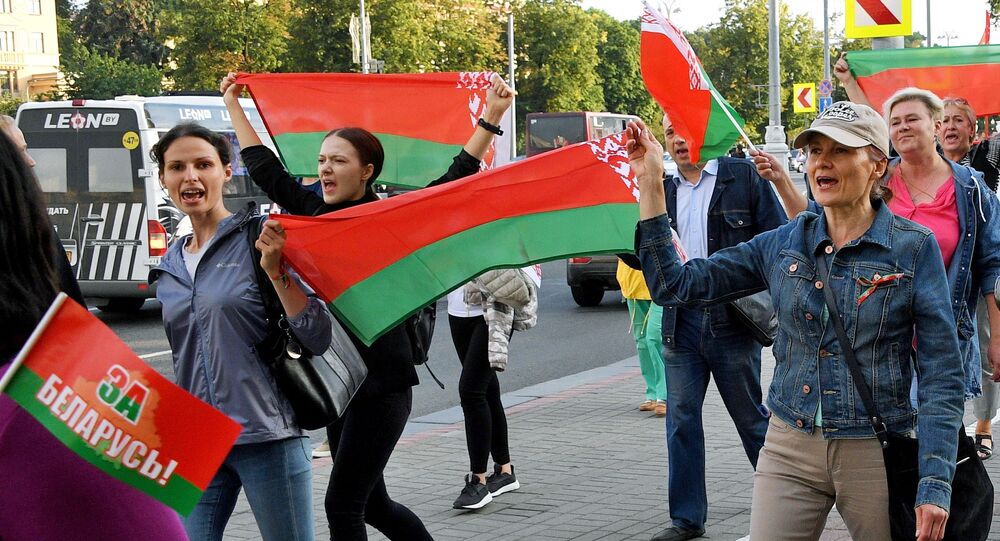 Earlier in the day, Svetlana Tikhanovskaya said in an address to the European Parliament that the Belarusian opposition was ready to appoint negotiators for talks with the government and is open to accepting international mediation.

Supporters and opponents of Belarusian President Alexander Lukashenko take to the streets of Minsk for a rally on Tuesday.

A wave of protests swept Belarus following the presidential election, in which incumbent President Alexander Lukashenko won a sixth consecutive term, gaining over 80 percent of the vote. The country's opposition refused to recognise the results, claiming that the election was rigged.

Protests have also hit the country's major companies, including vehicle and fertilizer manufacturers - which could deal a potential blow to the country's economy. Speaking with factory workers last week, Lukashenko stated that those who intended to strike could leave if they wanted to, while adding that such protests are ruining the country's economy.