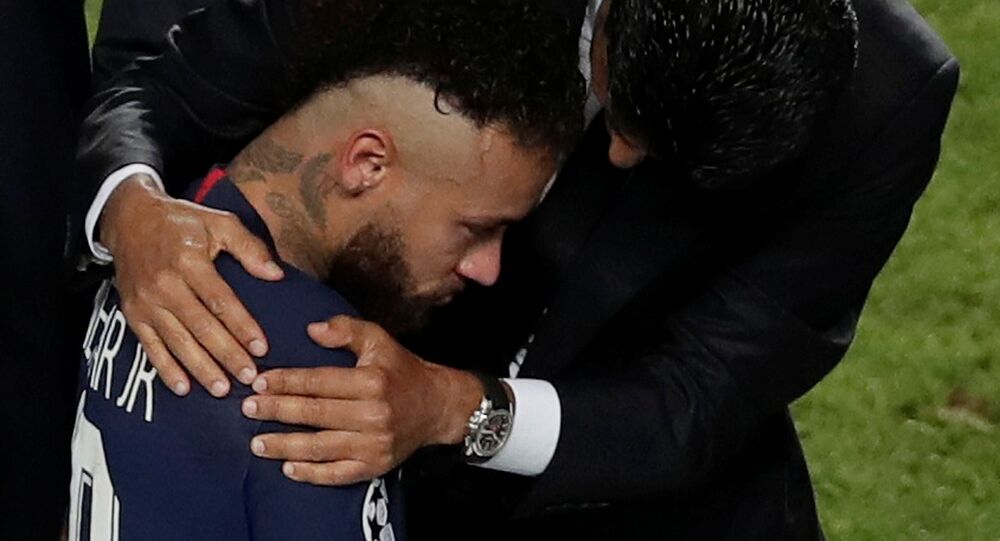 On Sunday night, Bayern Munich defeated French League 1 winner PSG in the UEFA Champions League final game with a total score of 1-0, with the match played at Estadio da Luz in Lisbon on Sunday night.

The only goal was scored in the 59th minute by winger Kingsley Coman, who hit the target after a pass from defender Joshua Kimmich.

FC Bayern overcame PSG in terms of possession (62 percent against 38 percent) and total shots (12 against 10).

Neymar's performance in the final game and in the 2020/21 UEFA Champions League play-off, in general, prompted a heated debate on Twitter.

Some Twittizens slammed Neymar for scoring no goals against Bayern, saying he performed poorly despite all the potential he has. Others blasted him for a boring game, adding that "losing is part" of his performance.

Did you just say PSG was robbed? I guess you watched the back of your TV all 90min. Was Bayern given a penalty when Needed? So it's a 50/50 game no robbery and besides Neymar played trash with the quality of experience he has. He is just a wasteful player and does too much

For the greater good of European Football thankfully Bayern won it, and PSG & Neymar didn't. Don't care Neymar is the most overrated Brazilian Footballer ever. In my opinion he will never be on the level of Rivaldo, Ronaldinho, and Ronaldo. #UCLfinal #PSGBayern

​Others felt pity for him and consoled him saying that he will win next time, adding that he is a genius despite the lost game.

So from the Barca disaster to the collapse vs Man Utd and now vs Bayern, @PSG_inside have made every wrong decision a football team can make. From Lucas Moura to Van Der Wiel to kehrer to Icardi. Draxler to Di Maria. I feel for Neymar & Mbappe. Congrats to @FCBayern

Some people said that it was not Neymar's fault that PSG lost the game, arguing that Bayern plays as a team, while only Neymar and Mbappe pulled PSG forward.

On its road to the final, PSG beat Borussia Dortmund 3-2 on aggregate in February during their last-16 tie, snatched a victory from Atalanta in a one-legged quarter-final game on 12 August and crashed RB Leipzig with a score of 3-0 on 18 August in the semi-final.