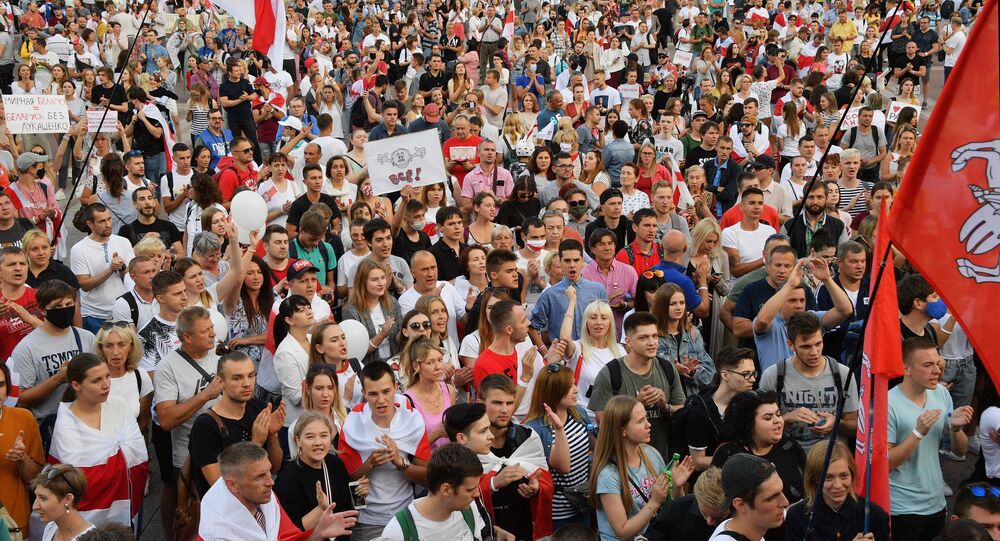 Belarus woke up on Sunday to a fifteenth day of anti-government protests across the country, with people taking to the streets to express their anger over the results of the contested August 9 presidential election, when incumbent president Lukashenko claims to have won a sixth term in office.

Watch a live broadcast from the Belarusian capital Minsk, where an unauthorised anti-government rally is taking place on Sunday.

People are gathering in the city centre as protests continue in the republic due to the results of the August 9 presidential election. Alexander Lukashenko claims to have been re-elected for a sixth consecutive term with more than 80% of the votes, and that his key contender, Svetlana Tikhanovskaya, got a bit more than 10%, citing the country's election committee. Protesters insist that the election was rigged and are demanding Lukashenko's resignation.

Earlier, Lukashenko said that new presidential elections will be held in Belarus only after a new constitution is adopted. He also accused the West of supporting forces that are seeking to undermine stability in the country and warned against any attempts to violate the country's borders.