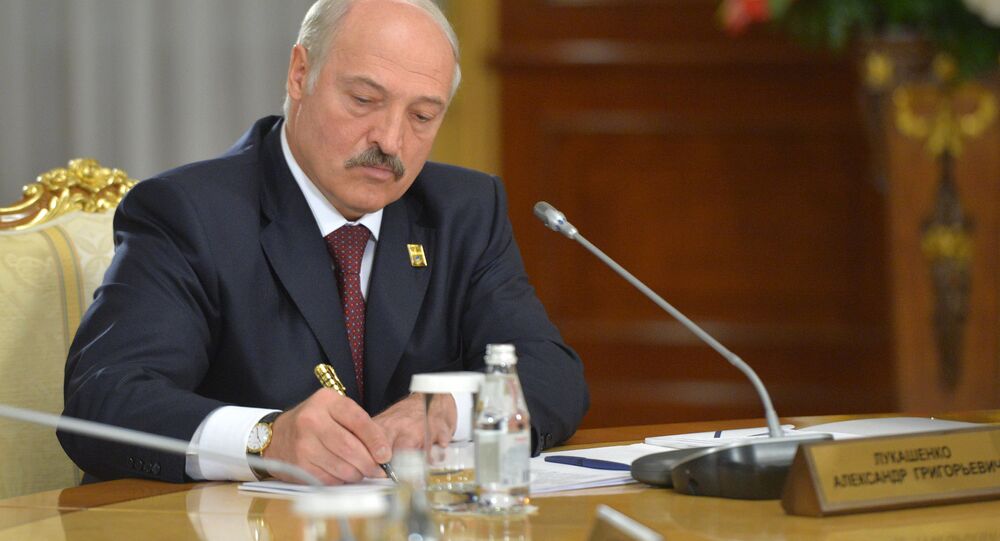 Earlier in the day, Belarusian President Alexander Lukashenko instructed the military command to take "the most stringent measures" to protect the country's territorial integrity in light of mass anti-government protests.

Belarusian President Alexander Lukashenko said on Saturday that putting the army on combat alert and deploying troops on the country’s western borders was his main decision in 25 years.

The statement was made after Lukashenko arrived at a military training area near the western Belarusian city of Grodno earlier in the day for an inspection ahead of planned military drills.

He earlier warned of the threat of an outside invasion into the country's west aiming to annex the Grodno region.

During the Saturday inspection, the Belarusian president bemoaned the fact that instead of dealing with pressing economic issue, he now has to handle the country’s security situation.

“What worries me most is the fact that an external factor has been added to this internal situation in Belarus. We see a serious movement of NATO troops in the immediate vicinity of our borders”, Lukashenko pointed out, referring to “the territory of Poland and Lithuania”.

He also instructed the country’s defence minister and the head of the Western Operational Command to make every effort to "protect, first of all, the western pearl of Belarus with its centre in Grodno".

© AFP 2021 / SERGEI GAPON
Protesters Rally Outside National State Television and Radio Company in Minsk - Video
Separately, the president blamed Western nations for directly meddling in the situation in his country, citing attempts to prod Belarus to sit down for talks with the Organisation for Security and Cooperation in Europe (OSCE), which he said is all “about financing”.

Additionally, Lukashenko pointed the finger at NATO members, which he insisted are providing “evident” military support for the destabilisation of the situation in Belarus.

The remarks come amid the ongoing political crisis in Belarus which was sparked by mass protests-turned-riots on the evening of 9 August, when the official results of the presidential election showed that incumbent Alexander Lukashenko was winning a landslide victory with over 80 percent of the vote.