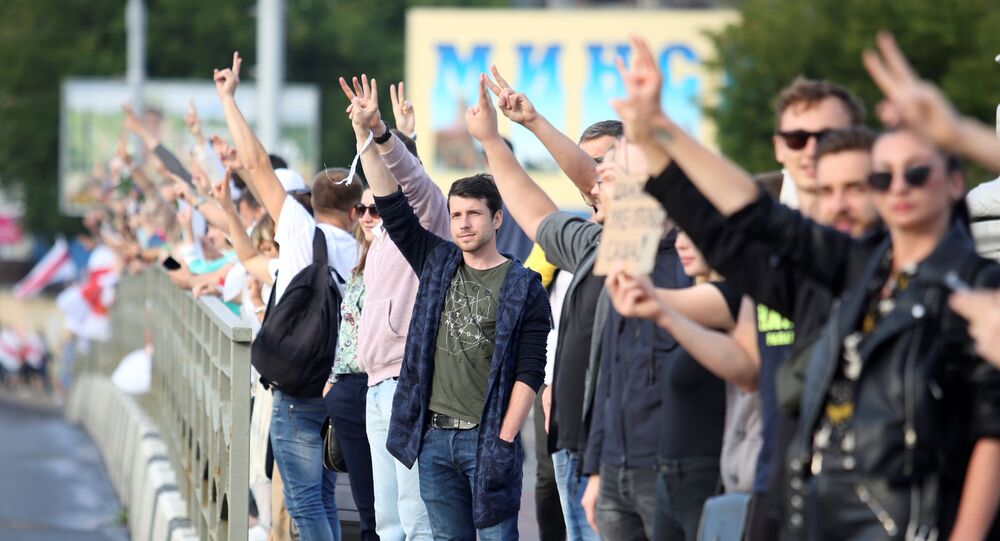 Protests have been going on in Belarus daily for the past two weeks since incumbent President Lukashenko secured a win in the presidential vote, paving the way for his sixth consecutive term in office.

Belarus President Alexander Lukashenko has arrived at a military training area near Grodno in the west of the country for an inspection ahead of planned military drills, the Belta news agency reported on Saturday.

The Defence Ministry earlier announced that Belarus would hold tactical drills in the Grodno region on 28-31 August.

Lukashenko previously warned of the threat of an outside invasion into the country's west aiming to annex the Grodno region.

A political crisis erupted in Belarus after the opposition refused to accept the results of the presidential vote that saw Lukashenko re-elected for a sixth term. Since the announcement of the official results, opposition rallies have engulfed Belarusian cities.