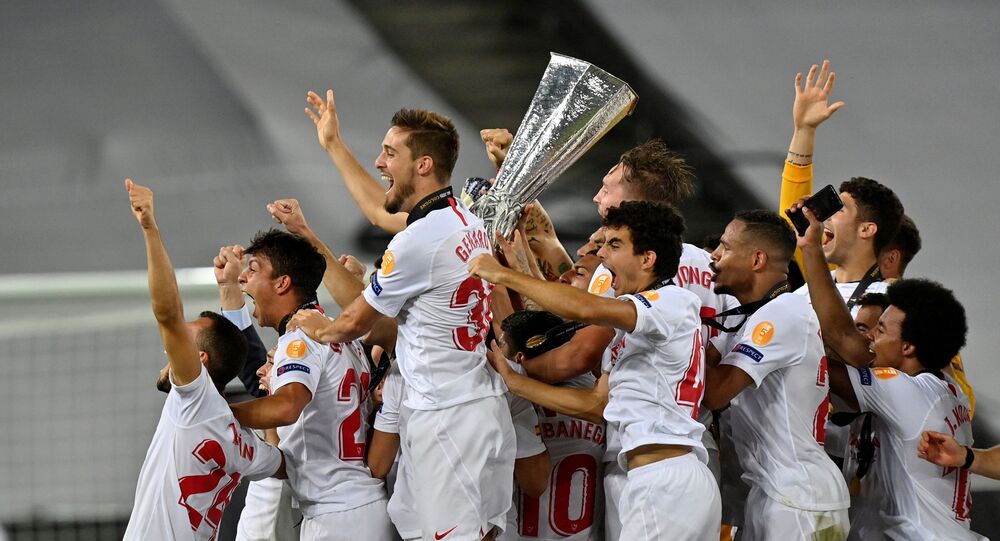 Sevilla FC overcame its final rival, Italian club Inter, with a total score of 3-2, with the game played at the RheinEnergie stadium in the German city of Cologne on Friday night.

The first goal in the match was scored in the 5th minute by striker Romelu Lukaku, who hit the target from the penalty spot. Luuk de Jong, a Dutch striker, scored two Sevilla goals in the 12th and 33rd minute, with the first half ending all level after an equaliser by Inter defender Diego Godin. However, Seville defender Diego Carlos scored the winning goal in the 74th minute of the match.

Sevilla FC overcame Inter in terms of total shots (14 against 9), and shots on target (6 against 5), although Inter was slightly ahead of the Spanish club in terms of possession (53 percent against 47).

On its way to securing the football trophy, the Spanish club beat another Italian club Roma 2-0 during their last-16 tie on 6 August, defeated Wolverhampton Wanderers FC 1-0 in a one-legged quarter-final game on 11 August, and gained victory over Manchester United 2-1 in a semi-final on 16 August.

On 24 September, Sevilla FC will meet the winner of the UEFA Champions League Final at the Puskás Aréna in Budapest, which will be decided in the 23 August game between Paris Saint-Germain and Bayern Munich, to determine who will be the holder of the 2020 UEFA Super Cup.