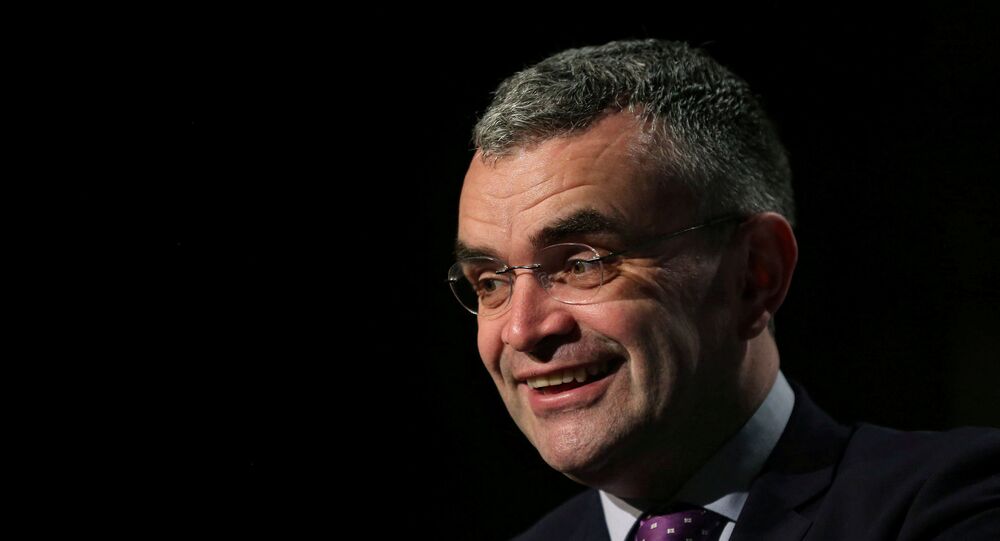 The deputy leader of Ireland’s Fianna Fail (FF) party has resigned as agriculture minister after just five weeks in the job after he attended a dinner of Irish parliament’s golf club.

Dara Calleary was one of around 80 members of the lower Dail and upper Seanad houses who attended the event on the evening of August 19, where diners reportedly did not wear face masks, shook hands and were seated 10 to a table.

“In light of the updated public health guidance this week I should not have attended the event,” Calleary said. “I wish to apologise unreservedly to everyone.”

Taoiseach (prime minister) and FF leader Micheál Martin said Calleary had “made the right decision for the country.”

Rather than close ranks, other members of the two-month-old coalition government between FF, Fine Gael (FG) and the Green Party hurled barbs over the scandal.

Tainaste (deputy PM) and FG leader Leo Varadkar tweeted that the dinner “should never have happened”.

The event organised by the Oireachtas Golf Society should not have happened. I understand how extremely difficult the restrictions have been for people and the enormous sacrifices we have all made

​He also withdrew the party whip from three FG Seanad members who attended the dinner, including Jerry Buttimer, who has also resigned as Leas Cathaoirleach (deputy speaker) of the upper house.

Green leader Eamon Ryan said the dinner “should not have taken place,” calling it a “clear breach of the Covid-19 regulations.”

James Charity, the independent leader of Galway council, said the scandal “smacks of ‘one rule for them and another for us’.”

Mr Charity said he had been flooded with messages from voters who were  “outraged” at the dinner going ahead after they “were unable to attend funerals of loved ones due to government restrictions”, “celebrate milestone family events” or “visit family members in hospital” during the crisis.

Dr Gabriel Scally from the Royal Society of Medicine in London told RTE radio that the dinner sent a message of “do as we say and not as we do, and that’s not good enough for public leaders.”

"Do as I say, not as I do." @SarahAMcInerney talks to Dr. Gabriel Scally following the revelation of the recent Oireachtas Golf Dinner. @TodayRadioRTE #TodayRTE pic.twitter.com/fEhW9DETWX

​In June, FF apparently put aside a century of bad blood with rival FG dating back to the post-independence civil war by forming the new coalition.

Under the deal, Martin will serve as Taoiseach for half the term of government before handing over to Varadkar, his predecessor as PM.

But that was seen as a stitch-up to keep Sinn Fein, which won the most votes in the February general election on a near 11-point swing, out of power.