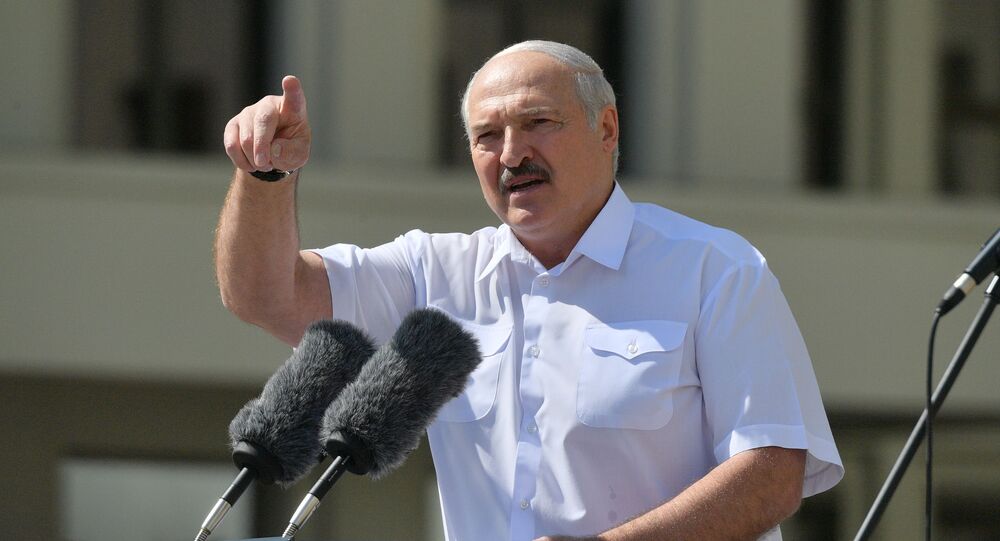 On 20 August, French President Emmanuel Macron called on the European Union to help set up negotiations between the Belarusian government and the opposition and to serve as a mediator on par with Russia and the Organisation for Security and Co-operation in Europe (OSCE), if needed.

Belarusian President Alexander Lukashenko has responded to French President Emmanuel Macron's offer to mediate between the government of Belarus and the opposition. Lukashenko was speaking on Friday in front of workers at the agricultural complex "Dzerzhinsky".

"Macron stated that he wants to be a mediator in talks in Belarus. Let me go there first and be a mediator between the Yellow Vests and Macron. The situation there is... God forbid. The terror, the Yellow Vests, he doesn't see all that", Lukashenko said, according to a video published on Twitter.

​The Belarusian president continued on by saying that US Secretary of State Mike Pompeo, a "great friend of the Belarusian people", had recently commented on the situation in Minsk.

"Let them handle [their own situation] first", Lukashenko said.

He further said that Germany couldn't handle the coronavirus pandemic, stressing that foreign countries are trying to deflect attention from their own problems onto Belarus.

Macron's Offer to Mediate Between Belarus' Gov't and Opposition

French President Emmanuel Macron has offered to serve as a mediator between the government of Belarus and the opposition, adding that Russia and the OSCE should be involved as well.

"The European Union should support the scores of people in Belarus who have been peacefully protesting to demand that their rights and freedoms be respected. A dialogue is needed between the government, the opposition and the civil society. This dialogue has to be established and led by the Belarusians themselves. The EU can facilitate this dialogue, if necessary, with the engagement of other institutions, particularly the OSCE as well as Russia", Macron said.

Nationwide protests broke out in Belarus after the August presidential election, in which incumbent President Alexander Lukashenko won a sixth consecutive term with 80.1 percent of the vote. The opposition challenged the results, claiming that his key contender, Svetlana Tikhanovskaya, who came in second with roughly 10 percent, was the legitimate winner.

According to official estimates, more than 6,700 people were detained in the early days of the unrest. Many of them have since been released. Hundreds of others, including more than 150 law enforcement officers, were injured, and three protesters died.