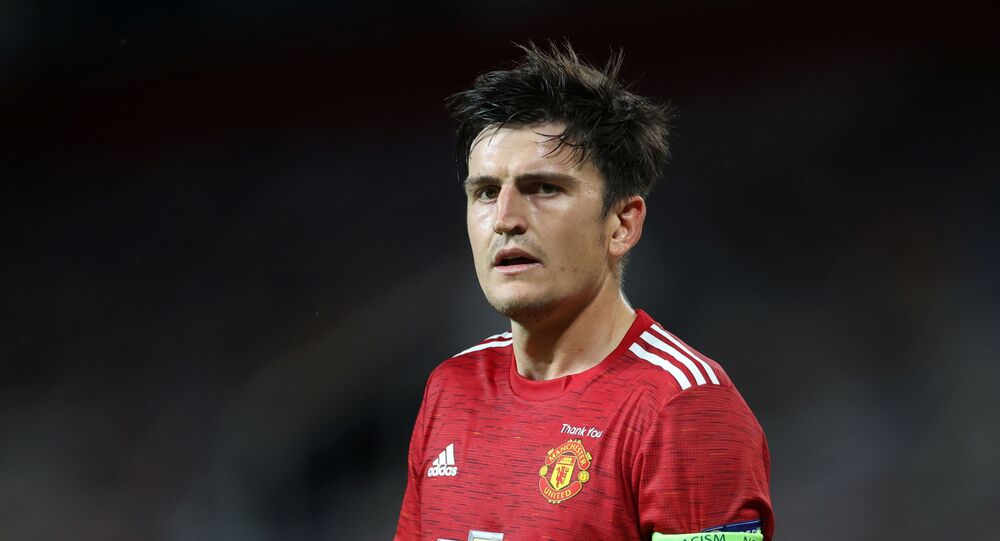 Harry Maguire joined Manchester United from Leicester last year for £80 million, a world record for a defender. He was England’s star performer at the 2018 World Cup in Russia.

Manchester United captain Harry Maguire, 27, was arrested in the early hours of Friday, 21 August, on the Greek island of Mykonos by police investigating an assault.

United issued a brief statement saying they were "aware of an alleged incident involving Harry Maguire in Mykonos last night."

"Contact has been made with Harry, and he is fully co-operating with the Greek authorities. At this time we will be making no further comment," the club added.

​Manchester United lost 2-1 to Sevilla in the Europa League semi final on Sunday, 16 August, and Maguire is understood to have travelled to Greece during the week.

The Greek news agency ANA said Sheffield-born Maguire, his brother and a friend were involved in a fight with other British tourists around midnight on Thursday, 20 August.

​Residents reportedly called the police who eventually arrested Maguire and his group.

ANA said Maguire and the others were due to appear before a prosecutor later.