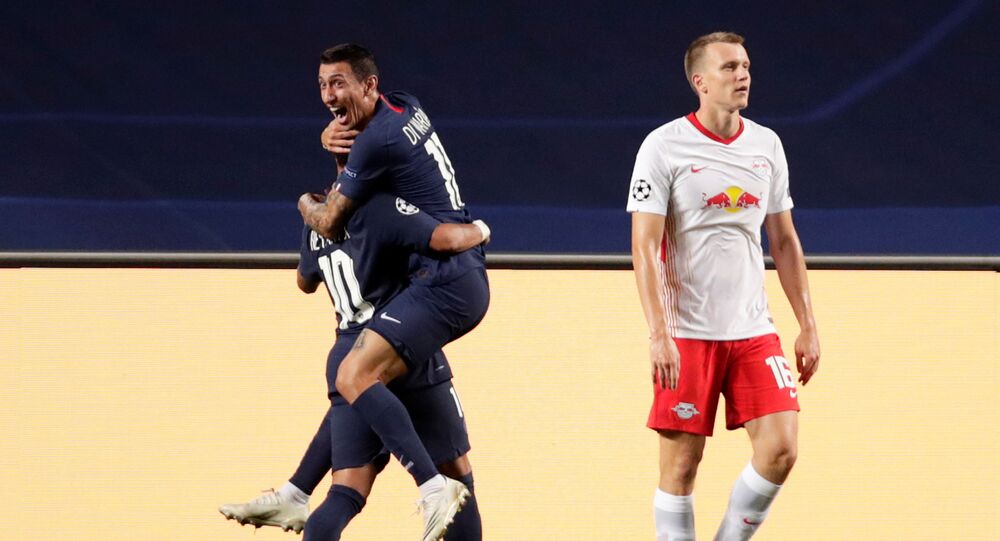 On 23 August, Paris Saint-Germain Football Club will meet the winner of the second semi-final, which is set to take place at 19:00 GMT on Wednesday, with Lyon and Bayern Munich playing at Estádio José Alvalade in Lisbon.

On Tuesday night, PSG secured its place in 2020/21 UEFA Champions League Final, crashing its German rival RB Leipzig with a score of 3-0.

Paris Saint-Germain overcame the German club in terms of possession (57 percent against 43 percent) and shots on target (9 against 3).

On its road to the final, PSG managed to beat Borussia Dortmund 3-2 on aggregate in February during their last-16 tie and snatch a victory from Atalanta in a one-legged quarter-final game on 12 August.

According to French football media, reaching the final will bring €15 million to the club, in addition to the €62 million earned during the 2020/21 UEFA Champions League competition.