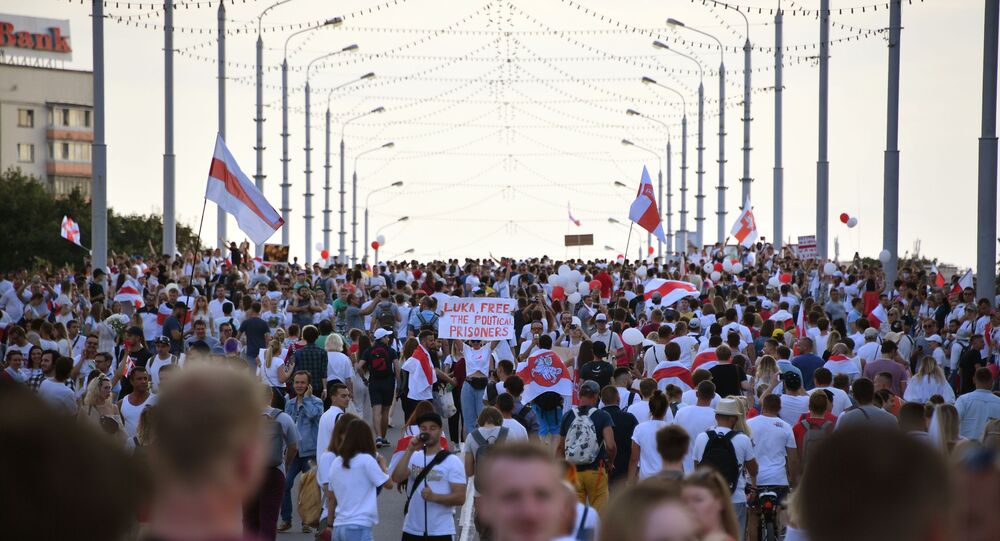 Belarus has been engulfed in protests since the release of the results of the presidential election, showing incumbent President Alexander Lukashenko, at the helm of the country for 26 years, winning over 80 percent of the vote.

Belarusian opposition politician Svetlana Tikhanovskaya on Monday stated she was ready to act as a national leader in order to prepare a legal framework for a new transparent presidential election that should be recognised by the international community.

"I have never had any illusions regarding my political career. I have never wanted to be a politician. However, destiny had other plans, and I have found myself on the front line of the fight against iniquity and injustice ... You had trust in me and gave me force ... I am ready to take responsibility and act as a national leader in these tough times to help the country calm down and enter a normal period. We need to set free all the political prisoners and quickly prepare a legal framework and conditions for a new presidential election, which will be fair and transparent and will be unequivocally recognised by the global community", Tikhanovskaya said in a new video address.

Tikhanovskaya expressed gratitude to her supporters, praising their courage and solidarity, and pledging that the names of those killed in protests would never be forgotten.

Belarus has been mired in protests since the results of the presidential election in the country were announced. Incumbent President Alexander Lukashenko won over 80 percent of the vote amid widespread accusations of vote-rigging. Over 6,700 people have been detained during the post-election protests in Belarus that have been going on for more than a week. The police initially used tear gas, rubber bullets, and flashbang grenades to disperse crowds.