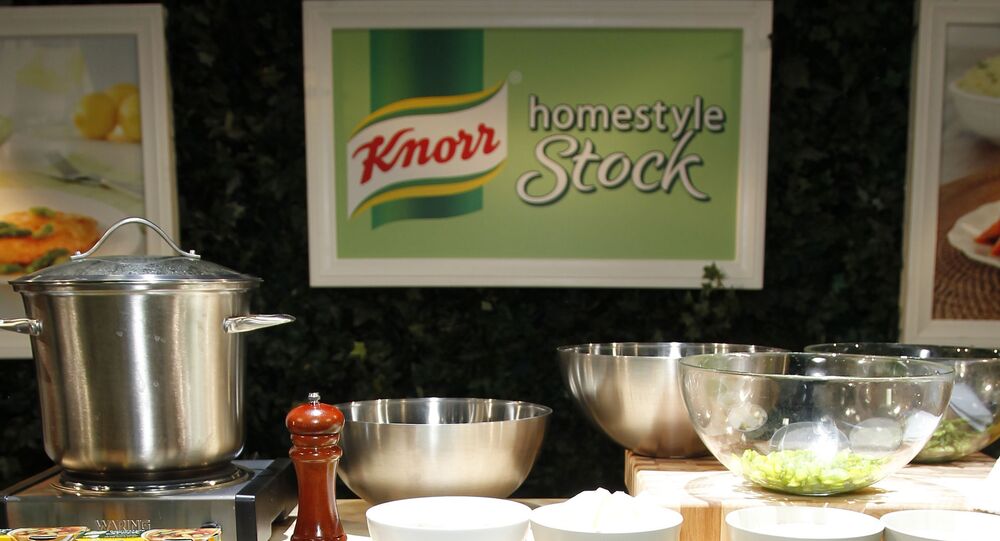 Germany's Knorr is to Rename 'Gypsy Sauce' Over 'Negative' Associations

Black Lives Matter protests around the world have prompted the public to take another look at historical monuments, movies, shows, and food products that could have any potential associations with racial prejudice. As such, Dreyer’s Grand Ice Cream has recently decided to rename its Eskimo Pie over “derogatory” connotations.

German food producer Knorr is considering renaming its famous "Zigeunersauce", which can be literally translated as “gypsy sauce”, to “Hungarian-style paprika sauce”, the representatives of the company’s owner Unilever told the Bild am Sonntag newspaper, according to a translation by Deutsche Welle.

"Since the term 'Zigeunersauce' can be interpreted negatively, we have decided to give our Knorr sauce a new name,” Unilever said in a statement, noting that the change is likely to take place in the next few weeks.

The sauce, which is made from tomato paste, bell peppers, onions and Hungarian paprika, has been popular among Europeans since the 19th century. In French cuisine it has been dubbed “a la zingara”, or “gypsy sauce”. Germans and Austrians may also be familiar with another similar-named dish, Zigeunerschnitzel, a veal cutlet covered in paprika dressing.

​According to a founder of the Central Council of German Sinti, a German civil rights group, and Roma, Romani Rose, the rebranding move followed “the complaints of apparently many people”. The campaigner welcomed the company’s decision to rename the sauce, but added that given the context of “rising antiziganism” in Germany and Europe as a whole, “Zigeunersauce and Zigeunerschnitzel are not of the greatest urgency for the Central Council”. Zigan is a term used to refer to Gypsies or people of Romany descent.

Unilever’s intention follows like-minded moves by other food producers, including Dreyer’s Grand Ice Cream in the US, which announced in June that it was considering renaming its Eskimo Pie product due to “derogatory” associations with the term. The desert in question, a vanilla ice cream bar covered in chocolate, was named after a nickname used to describe peoples indigenous to Alaska, northern Canada and Greenland, but for some its application may have some pejorative associations. Uncle Ben’s rice, Mrs. Butterworth’s syrup and Aunt Jemima pancake mix have also been targeted in the past over apparently racial undertones allegedly expressed by the names or imagery of these food products. The owners have pledged to make necessary changes to walk away from these connotations.