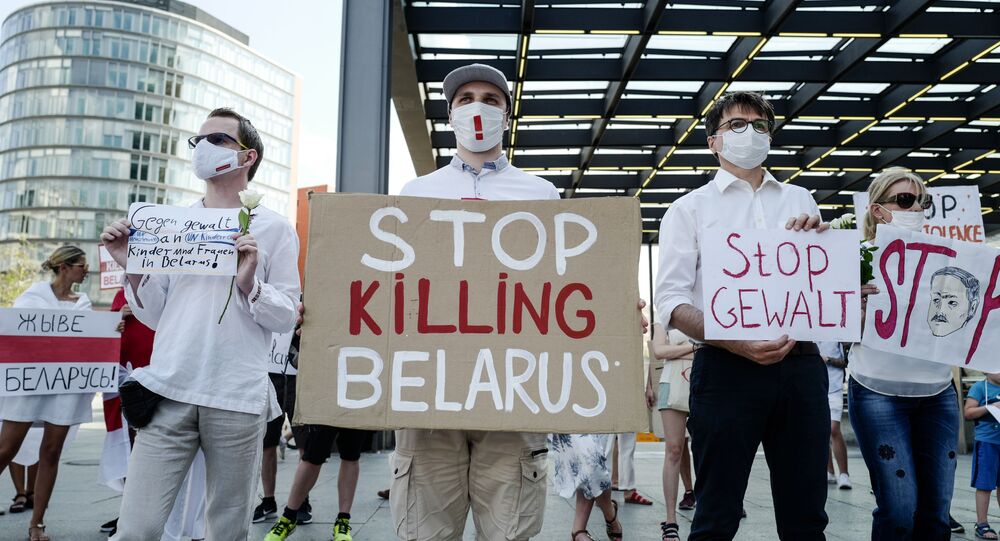 BERLIN (Sputnik) - Several hundred people are participating in a rally in central Berlin on Saturday to support Belarusian protesters opposing the results of the recent presidential election in the country, a Sputnik correspondent reported.

​The rally's organizers read out to the participants the names of all those killed and injured during the ongoing protests in Belarus. They also called on all factions of the German Bundestag to protest against the violation of human rights in Belarus.

​Belarus has been engulfed in mass protests since the late hours of Sunday, when the first election results showed Lukashenko secure his sixth term with over 80 percent of the vote, and the opposition challenged the outcome.

A nearby part of the Berlin Wall has also been painted in support of the #Belarus protests, including this child’s drawing captioned „A(lexander) G(rigoryevich) L(ukashenko) go away“ pic.twitter.com/LyzvxuVTA5

​The demonstrations have been harshly suppressed by the security forces, with law enforcement officers using tear gas, water cannons and rubber bullets on protesters. Hundreds of people, including more than 100 security officers, were injured in clashes that erupted. According to the Belarusian Interior Ministry, one protester was killed as a result of the blast of an unidentified explosive device in his hand that he tried to trow at law enforcement officers during riots late on Monday. Meanwhile, over 6,500 people, including domestic and foreign journalists, were arrested.