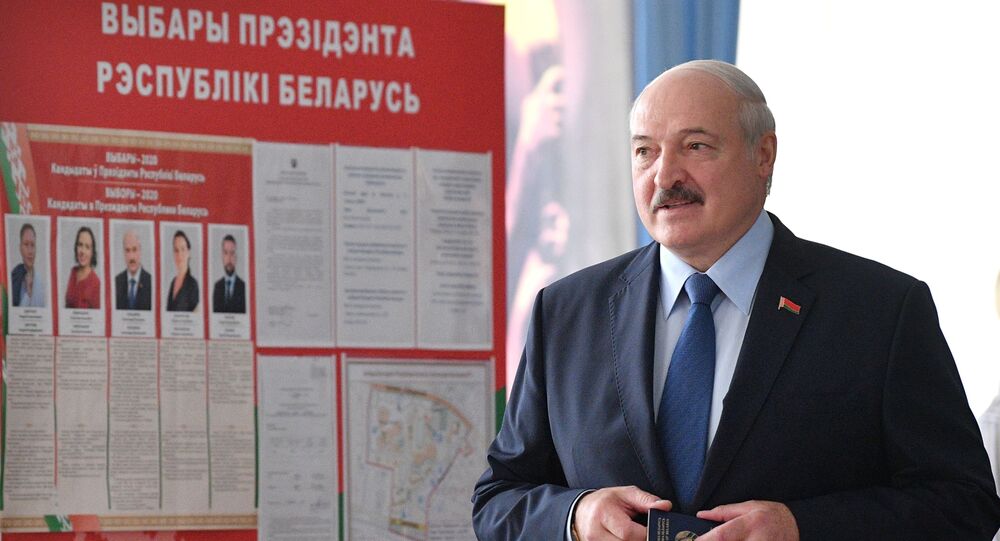 MINSK (Sputnik) - Belarus President Alexander Lukashenko said on Saturday that he was seeking to discuss the current situation in Belarus with Russian President Vladimir Putin.

"The aggression against Belarus is going in line with a scenario. I need to contact Putin urgently, because this threat is relevant not only for Belarus", Lukashenko said as quoted by Belta.

According to the Belarus leader, those who encourage people to take to the streets are "sometimes working professionally," using fake news and fake footage of the events.

On Sunday, Belarus held the presidential election. According to the Belarusian Central Election Commission, Lukashenko secured his sixth term with over 80 percent of the vote. The country’s opposition, which consolidated around presidential candidate Svetlana Tikhanovskaya, has challenged the election results, accusing the authorities of massive falsifications during the voting.

Since the announcement of the official results, opposition rallies have engulfed Belarusian cities, with security forces trying to put them down with force using tear gas, water cannons, rubber bullets and stun grenades.