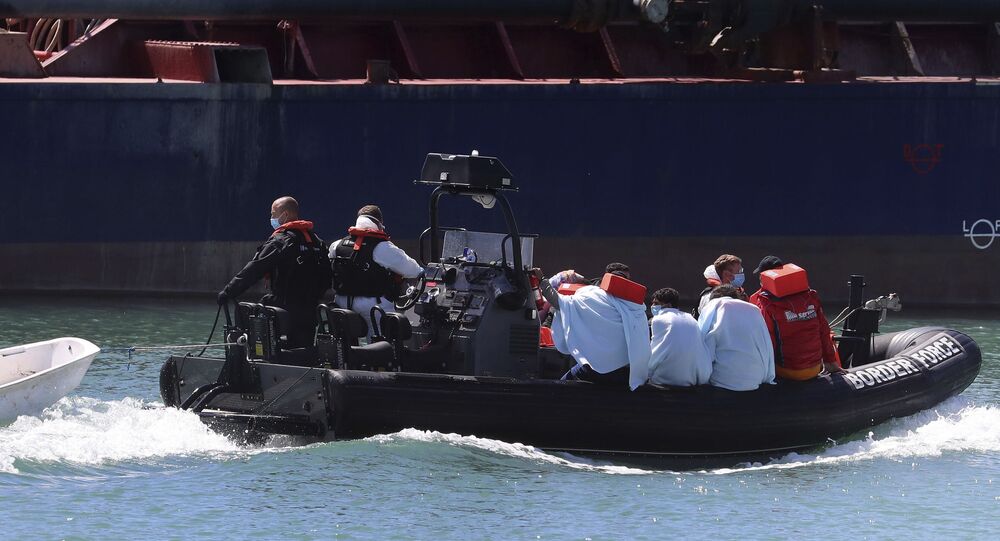 According to British Border Force figures, around 4,000 migrants have already crossed the English Channel from France since the beginning of the year, which is more than double the whole influx of migrants in 2019 via the same route.

UK Minister of State for Health Edward Argar has commented on the spiking migrant influx from France, stating that they have to be sent back.

"What he's looking at, quite rightly, is greater flexibility... in returning people who have come here illegally... and need to be returned back to France", the minister told SkyNews.

The French Interior Ministry previously announced that between January and July, authorities had stopped five times as many illegal crossings as during the same period in 2019. According to The Sunday Telegraph, Paris even plans to request £30 million ($39.12 million) from Britain to guard the Channel.

In a bid to stop the vessels, London appointed ex-royal marine Dan O'Mahoney as "clandestine Channel threat commander" and vowed to deploy the Royal Navy to the English Channel to conduct patrols in the area.