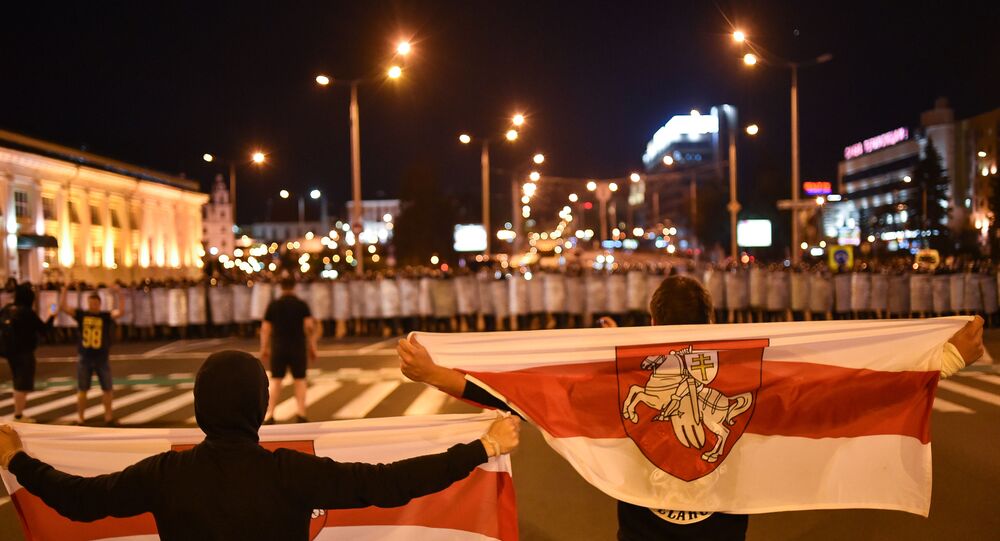 Social media users have criticised BBC for providing no coverage of the ongoing unrest in the city following the presidential election on Sunday.

Most Twitter users pointed out that the channel had only shared a short article saying that President Lukashenko is likely to remain in office.

"BBC News coverage of Belarus election is unbelievably lame", one user twitted with an article attached.

BBC are all over the Belarus situation 🤦‍♂️ pic.twitter.com/3Qw6TpNKc6

@BBCWorld how dum can you be People in Belarus are I the streets and BBC have no idea or they choose not to mention it.

"Okay, this is the last straw: the frigging BBC News app is running ONE small story on Belarus, with a headline of 'landslide victory'", another user posted.

Other netizens pointed out that the BBC chose to report on other issues that were in their opinion less important than the Minsk protest, given its large scale. In particular, users said sarcastically that the channel was fully focused on illegal migrants crossing the English Channel to get into the UK.

"Apparently 65 migrants takes precedence over what is happening in Minsk", another netizen tweeted.

Finally the BBC is reporting on the Belarus election exit poll...and that streets in Minsk have been closed off. But no reporting of how many people have taken to the streets across the country.

Minsk citizens took to the streets just after the first data from polling sites was released. Clashes between protesters and police have been reported during the protest. Officers used tear gas and smoke bombs to disperse the crowds in central Minsk.

Exit poll data showed on Sunday that Lukashenko was set to win Sunday's election with some 80 percent of the vote. The country's opposition has claimed that falsifications took place during the vote.