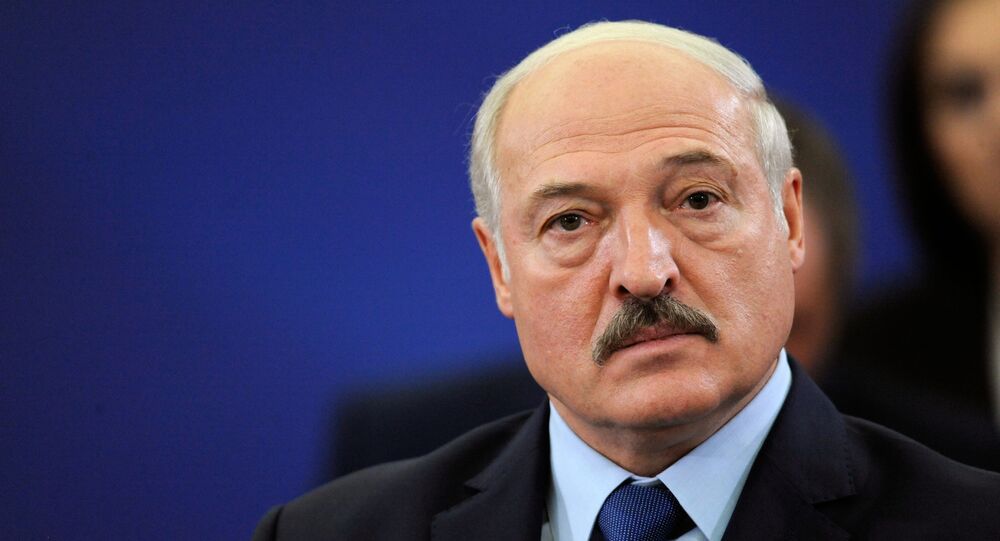 The presidential election was held in Belarus on Sunday with five candidates on the ballot, including incumbent President Alexander Lukashenko. The first preliminary data from polling sites showed that Lukashenko is set to win a six term by a landslide. The opposition has claimed that falsifications took place during the vote.

© AFP 2021 / SERGEI GAPON
Watch Protesters Clashing With Police in Central Minsk
As many as 5,790,000 people cast their ballots, with the turnout amounting to 84.23 percent.

According to the head of the Belarusian Central Election Commission, the preliminary results are unlikely to change.

Yermoshina also said she was evacuated from the House of Government, located in the center of Minsk and housing the bicameral parliament, in the early hours of Monday, following the presidential election.

Several people were injured, and some were detained. The Interior Ministry has yet to announce the exact number of those detained.