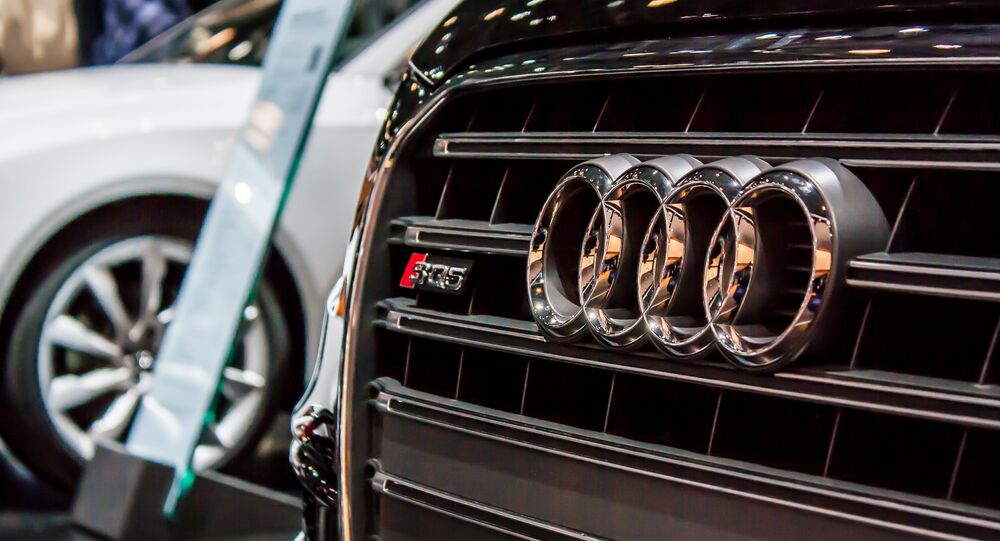 BERLIN (Sputnik) - Munich prosecutors have filed charges in connection with the investigation into the manipulation of diesel emissions against four former managers of the Audi concern, including three former board members, the Handelsblatt newspaper reported on Thursday, citing resources.

Top managers who were involved in the development and procurement at the company are among the defendants. The prosecutor's office has not yet officially confirmed this information, and the lawyers of the accused refuse to comment, the paper added.

According to the prosecution, the defendants are charged with fraud, perjury and illegal advertising — these charges coincide with those that were previously brought against Audi's former CEO, Rupert Stadler, who will appear in court in September, the newspaper reported.

© AP Photo / Markus Schreiber
The sign of German car company Audi photographed at the front of a car in Berlin, Germany, Monday, Sept. 28, 2015.

A huge scandal around the Volkswagen Group, which includes the Audi, Bentley, Porsche AG, SEAT and Skoda brands, originally arose in September 2015, when the US Environmental Protection Agency accused the company of using software to falsify emission test results for its diesel-engine cars.

The company admitted that 11 million of its vehicles worldwide had been fitted with such software and agreed to pay a $15 billion settlement. The US government obliged the company to recall nearly 500,000 Volkswagen and Audi cars manufactured from 2009-2015 equipped with emissions cheating software.

In December 2018, Audi announced the recall of 64,000 cars with V-TDI diesel engines due to violations.