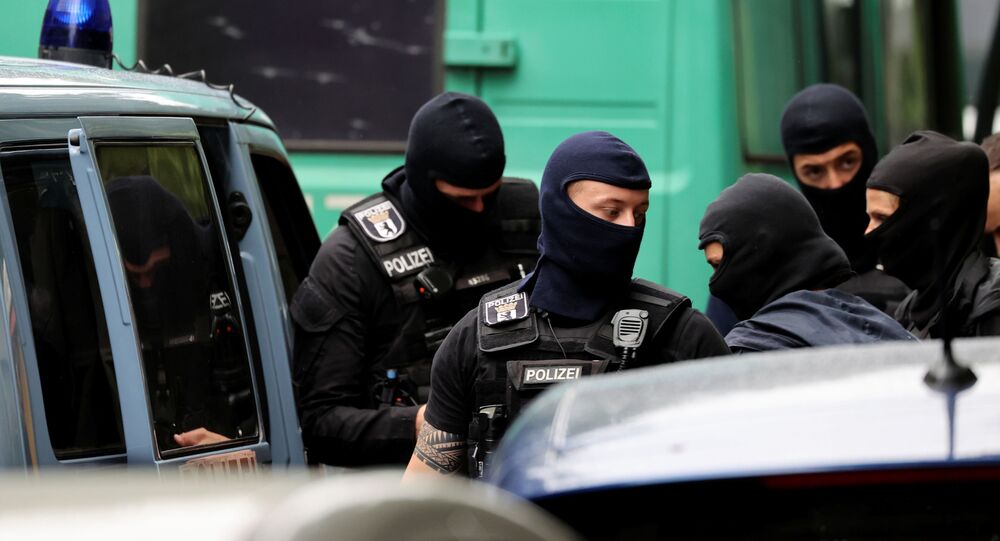 One Person Injured as Car Crashes Into Bank in Berlin

BERLIN (Sputnik) - One person was injured in the German capital of Berlin, as criminals crashed into a bank office there, a representative of the local police told Sputnik on Tuesday.

"At around 9.30 a.m. [07:30 GMT], several criminals made an attempt to break into a branch of the Berliner Volksbank in a car. There was no cash-in-transit vehicle. The bank's security staffers responded, and a gunfight started, in which one of the staffers was injured and hospitalized. These are not life-threatening injuries", a representative of the Berlin police said.

​"We are not aware of the exact number of criminals, they are on the run. The site remains cordoned off, experts are analyzing the traces, a drone is working on the site", the policewoman added.

According to the police representative, it has not yet been established whether the malefactors have stolen any money.

When asked whether the police can exclude the terrorist attack version, she said that "at this stage, a probe is being conducted in every direction".

The Berlin police reported earlier in the day an attack on a cash-in-transit vehicle. According to the Bild newspaper, three criminals opened fire at the car, leaving one person injured.