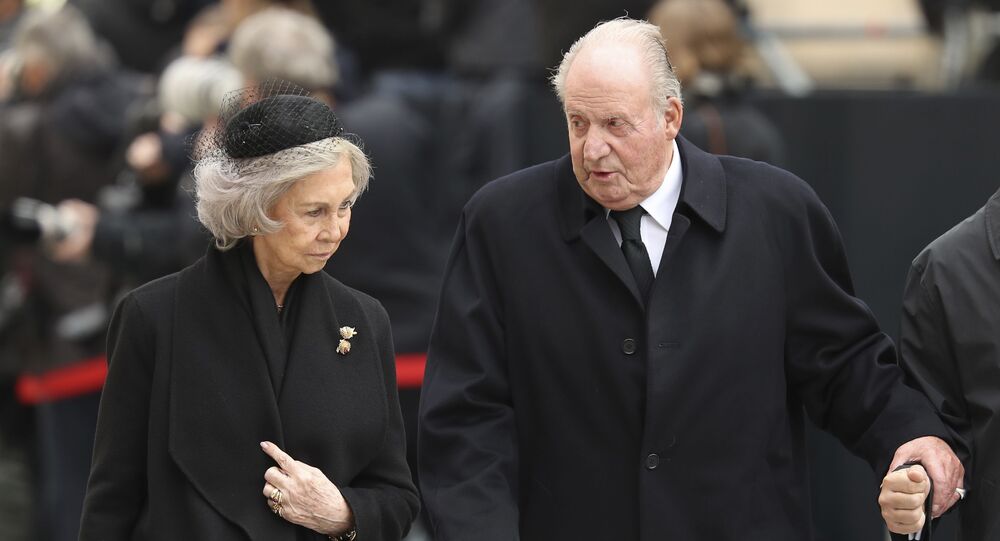 MOSCOW (Sputnik) - King Emeritus Juan Carlos de Borbon will remain at the disposal of Spanish prosecutors despite his decision to leave the country amid a corruption scandal, his lawyer Javier Sanchez-Junco said on Monday.

"H.M. [His Majesty] King D. Juan Carlos has instructed me to announce that despite his decision to move outside of Spain at the moment, he will, in any case, remain at the disposal of the prosecution for whatever procedure or action it considers appropriate", Sanchez-Junco said, according to La Vanguardia newspaper.

Earlier in the day, the retired monarch sent a letter to his son, the current King Felipe, saying he had decided to leave the country.

Meanwhile, the Spanish government has expressed its "respect" toward the royal decision, while also recognizing "the sense of exemplariness and transparency" that have guided King Felipe since he assumed the position of monarch, according to the RTVE broadcaster.

In June, Spain's Supreme Court prosecutors launched an investigation into the emeritus king's role in an anti-corruption case regarding the 2011 construction contract for a high-speed railway from Saudi Arabia's Mecca to Medina.