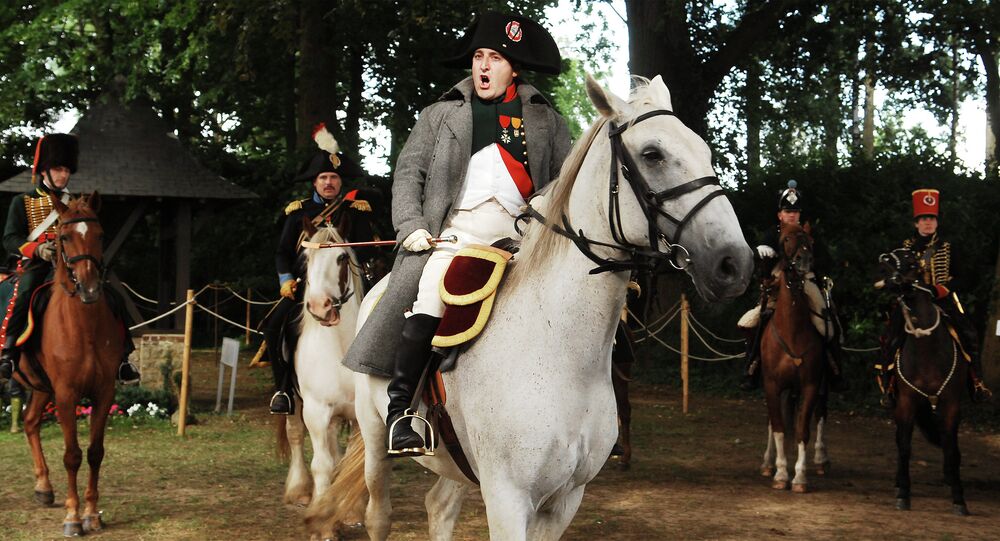 During the Napoleonic Wars Britain spent 14 percent of its total budget on paying France's enemies to carry the fight to the Emperor. Gary Girod, host of the French History Podcast, explained why ultimately it was Britain’s financial and naval prowess which defeated Napoleon.

Between 1793 and 1815 Britain gave £65,830,228 to Russia, Austria, Prussia and other smaller nations in order to subsidise their conflicts with France.

That was on top of the millions it was spending on the Royal Navy, which ruled the waves and ensured Napoleon never tried to invade Britain.

© AFP 2020 / GEORGES GOBET
People in period uniforms fight during a re-enactment of the 1815 Battle of Waterloo between the French army led by Napoleon and the Allied armies led by the Duke of Wellington and Field-Marshal Blucher, on June 17, 2012, in Waterloo

Napoleon was driven into exile on the isle of Elba in 1814 but returned and was finally defeated at the Battle of Waterloo the following year. He died on the remote island of St Helena in 1821.

But why did Britain spend such exorbitant sums to keep Napoleon’s armies at war in Europe?

Gary Girod, host of the French History Podcast, said: "Britain was willing to pay so much because it could."

Britain had grown rich from importing sugar, tobacco, coffee and other crops from the Caribbean - which relied on the slave trade - and tea and spices from India and invested these profits into the Industrial Revolution, which made them the world’s biggest manufacturer of iron, engines and woven cloth.

​Mr Girod said England had modernised their government in the late 17th century when William of Orange brought over the Dutch banking system and this meant Britain was far more creditworthy than most European countries in the Napoleonic era.

He said: "This meant the British government could raise incredible amounts of money from international banks at very low interest rates."

Mr Girod, a PhD candidate in modern British-French history at the University of Houston in Texas, contrasted the situation in France, which had a poor credit rating among banks: “Even under Napoleon, France’s credit was bad and he struggled to pay for his wars,” said Mr Girod, who explained that it was part of the reason he sold off a huge chunk of North America to the US, the so-called Louisiana Purchase.

The Russians sent a huge army into central Europe but a joint Austro-Russian army was defeated at Austerlitz in December 1805 and in June 1807 Napoleon destroyed a Russian army at the Battle of Friedland in what was then East Prussia.

Football commentators love martial metaphors but it never seems to work the other day around. Did you ever hear a historian say 'Napoleon's seven-year unbeaten away record, which began at Austerlitz in 1805, ended on a wet Tuesday night in Moscow'?

​Mr Girod said Britain's world outlook - which had changed since the Seven Years’ War (1756-63) - also encouraged it to fight Napoleon.

"British policymakers tended not to think of Britain as a European-centric country, but a global power. Thus their policy was to maintain a 'balance of power' on the continent in order to give it a free hand in expanding its empire around the world," Mr Girod said.

He said this was Britain’s world view throughout the 19th century and until the middle of the 20th century and he said there were still echoes of it in British euroscepticism, which played a part in the Brexit referendum. 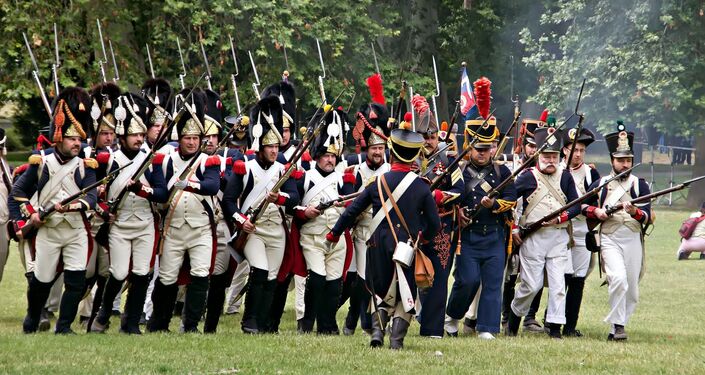 During the late 18th century British politics was dominated by William Pitt “The Younger”, who took a hard line against the republican regime which came to power after the French Revolution and to Napoleon, who was crowned Emperor in 1804.

After Pitt’s death in February 1806 a new government changed its policy and sought peace with the French. But when Charles Fox, the Francophile foreign secretary, died in September 1806 hopes of peace faded.

Subsequent British prime ministers - The Duke of Portland, Spencer Perceval and Lord Liverpool - resumed the warlike posture towards France until after his defeat at Waterloo.

Could Britain have ever lived in peace with Napoleon’s France?

Mr Girod said: "British reconciliation with France probably wouldn’t have led to peace. More likely Napoleon would take it as a sign of weakness that would allow him to act more freely on the continent."

He added: "French domination of Europe went against the foundation of British foreign policy, which was to stymie the other world European powers so that it could expand its empire abroad."

Mr Girod said Napoleon’s empire was an “existential threat” to the British Empire and his Continental System, with its ban on British goods, was a direct attack on the UK economy.

In November 1806 Napoleon signed the Berlin Decrees, which forbade all trade between Britain and Europe and stated: “All warehouses, all merchandise, all property of whatever nature it might be, belonging to a subject of England will be declared a valid prize.” 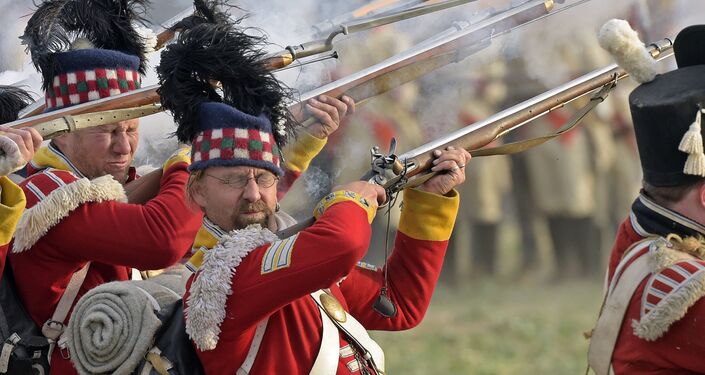 At the time a third of Britain’s direct exports and three-quarters of her re-exports (products like refined sugar, processed tea, and cotton cloth) were destined for continental Europe so the impact was devastating and there are echoes of the concerns about trade after the 2016 Brexit referendum.

But British products were so good and alternatives were so rare - France even tried to develop cotton from thistles - that most European nations sought to ignore the Continental System and smuggling was rife.

The situation was so farcical that in 1807, when Napoleon’s Grande Armee needed uniforms for an upcoming campaign against Prussia and Russia, middlemen bought 200,000 pairs of shoes, 50,000 greatcoats and 37,000 vests from British suppliers.

Mr Girod said Napoleon saw a military solution to most problems, even the flouting of the Continental System: “When you have a hammer everything looks like a nail.”

Can someone write a hit musical about Pitt the Younger please?

Could be narrated by Charles James Fox.

​He said Napoleon’s armed forces were the best in Europe but this was ultimate the source of his downfall.

"By 1812 his attempts at diplomacy with Russia failed it bucked his Continental System, so his solution was naturally war,” said Mr Girod, who pointed out the invasion of Russia was a disaster and led to Napoleon’s abdication in 1814.

There was one last hurrah but after Napoleon and his veterans were defeated at Waterloo in June 1815 he went into exile and the British restored the hated Bourbons to the French throne.

Mr Girod said Britain was then the world’s pre-eminent power and French governments would from then on avoid conflict with London and side with the British in conflicts like the Crimean War, the First World War and the Second World War.

"Napoleon’s project of French domination collapsed. France was still one of the great powers but it has never since dominated like before," concluded Mr Girod.